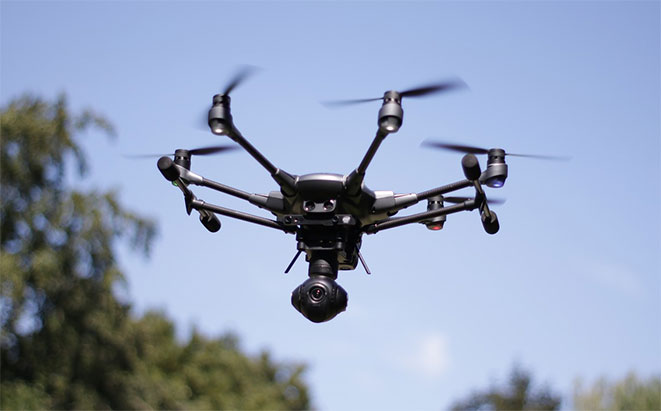 Drone technology has made many things easier. We have read such reports in the past that pizzas were delivered through drones. But the latest case is a bit different. This is also one of the best examples of drone use. Drones played a vital role in saving the life of a 71-year-old man in Sweden. The incident happened in the last month i.e. December. Elderly man suffered a heart attack while falling in the snow. After this, Everdrone Emergency Medical Aerial Delivery (EMADE) was called to help. The company immediately supplied the defibrillator to the elderly. A defibrillator is a device through which electric shock is given in the event of cardiac arrest. With the help of this, a doctor present there saved the life of the elderly.

Everdrone’s EMADE Service Designed to deliver medical supplies as quickly as possible. With its help, medical supplies are delivered to those places where it may take a little longer for an ambulance to reach. In the present case the defibrillator was supplied to the elderly in just three minutes. Doctor Mustafa Ali was passing from the place of incident. His duty was in the local hospital. Seeing the old man who had fallen on the road, he ran for help. Started giving CPR to the elderly. Another person who reached the spot was asked to call the emergency number. After a few minutes, a drone arrived there carrying a defibrillator. A defibrillator was used on the elderly. The electric shock received from him brought the life of the elderly to life.

This use of drones is becoming quite popular in Sweden. Medical delivery drones are being used to assist people under a collaboration between the Swedish Center for Resuscitation Science, SOS Alarm, Region Textile Gotland and Everdrone. At present, medical supplies can be delivered to two lakh people by drones. A pilot study of four months has shown that in most cases, drones deliver medical devices to the spot before the arrival of the ambulance.

It has also been found in the study that the response time for the supply of medical devices through drones is also very good. Delivery is also done fast. It is believed that this service can be started soon in some other areas of Europe as well. The latest case has added a new example to the achievements of Everdrone. The company expects that the use of medical supplies through drones will increase in the coming times. This will not only provide convenience to the people, but will also increase the growth in this sector.