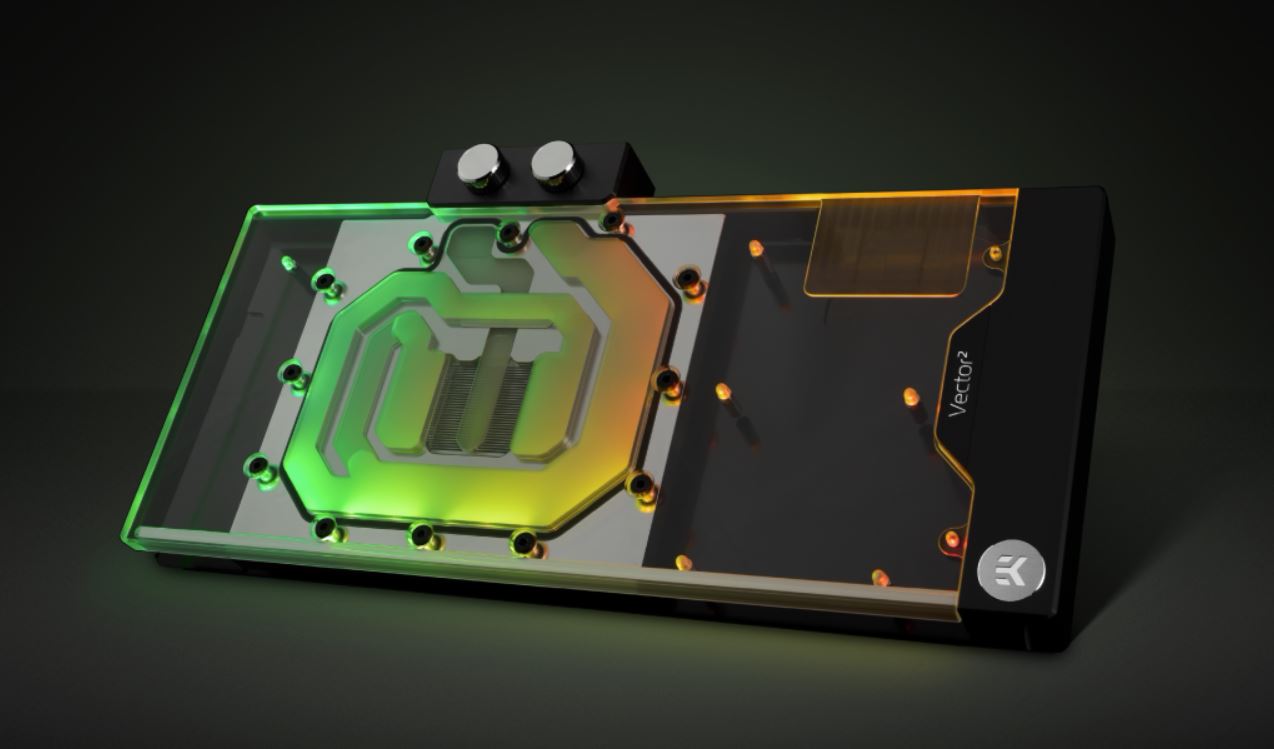 According to the manufacturer, “the look of the next generation water block is dominated by minimalist straight lines.” In the “engine” of the third generation Vector, the plate with channels for the coolant is supplemented with a plastic insert that distributes the flow. The water block is based on the time-tested Open Split-Flow scheme, which is characterized by low hydrodynamic resistance, which allows the water block to be used in conjunction even with low power pumps. The internal bridge directs the coolant to the secondary components. This solution allows them to be cooled without compromising GPU cooling.

The plastic terminal is attached directly to an 11 mm thick copper base, which simplifies the design and increases its reliability. A cover made of transparent plastic serves as a diffuser for lighting on addressable LEDs.

The water block is compatible with the proprietary EK-Matrix7 “standard”, which places product heights and port spacing in multiples of 7mm to make it easy to design and build a neat liquid cooling system with compatible components.

The water block is equipped with an aluminum plate, anodized in black and fixed on the back side of the printed circuit board. A nickel-plated plate is offered as an alternative, but will have to be purchased separately.