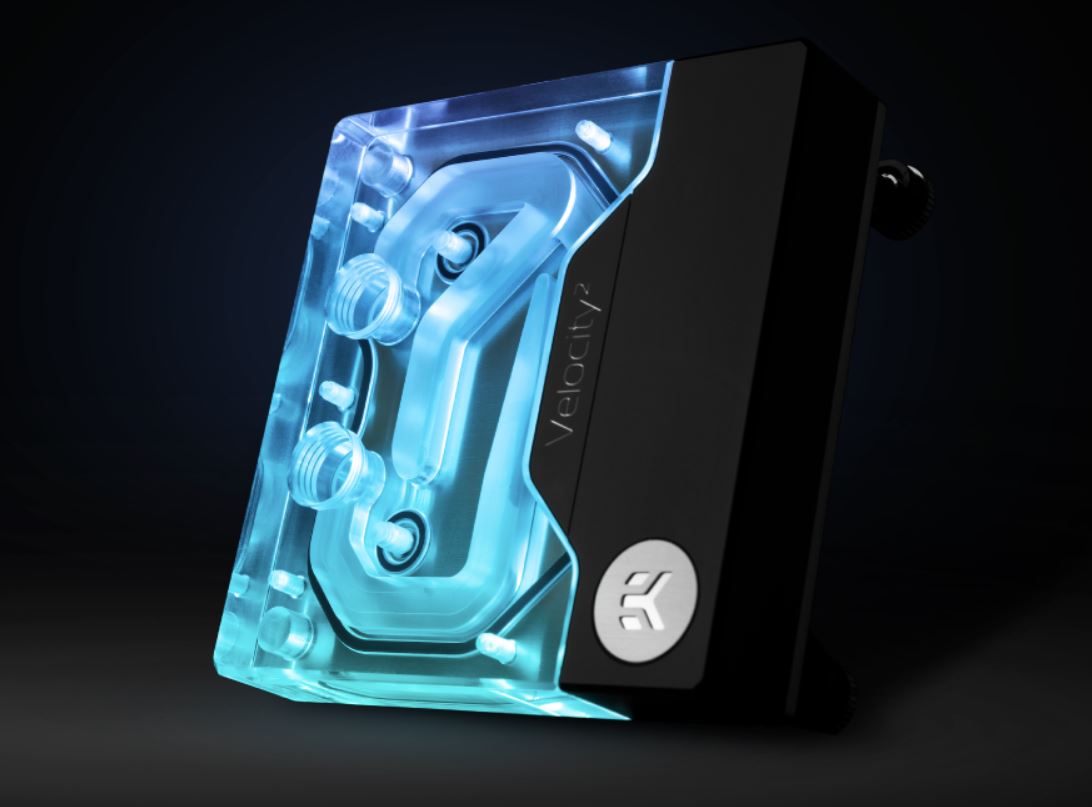 EK, a company specializing in the production of components for liquid cooling systems, has introduced the EK-Quantum Velocity² water block. It is the successor to the very popular EK-Quantum Velocity. It supports the Intel LGA 1200 processor socket and the “standard” EK-Matrix7, in which the heights of the components and the distances between the ports are aligned on a grid in 7 mm increments, which allows you to collect neat LSS.

The waterblock uses the next generation “engine”. According to the manufacturer, the shape of the base of the water block and the clamp provided by the mount are adapted for the heat spreader and chip layout of Intel LGA 1200 processors. The advantages of the water block include low hydrodynamic resistance.

The new, patented EK-Exact Mount system combines simplicity with aesthetic appeal. The design consists of only three parts: the back panel, mounting screws and the water block itself. The screws are screwed in at the back for a clean, clean look at the front. The presence of pre-tensioned springs, hidden in the upper part of the water block, makes it possible to obtain the necessary pressure in just a few turns of the wing nuts.

The waterblock for Comet Lake and Rocket Lake processors is available in five different materials. According to EK, the choice of materials determines only the appearance, with almost no effect on performance. The base in all cases is made of copper.

The waterblock is adorned with 14 addressable LEDs.