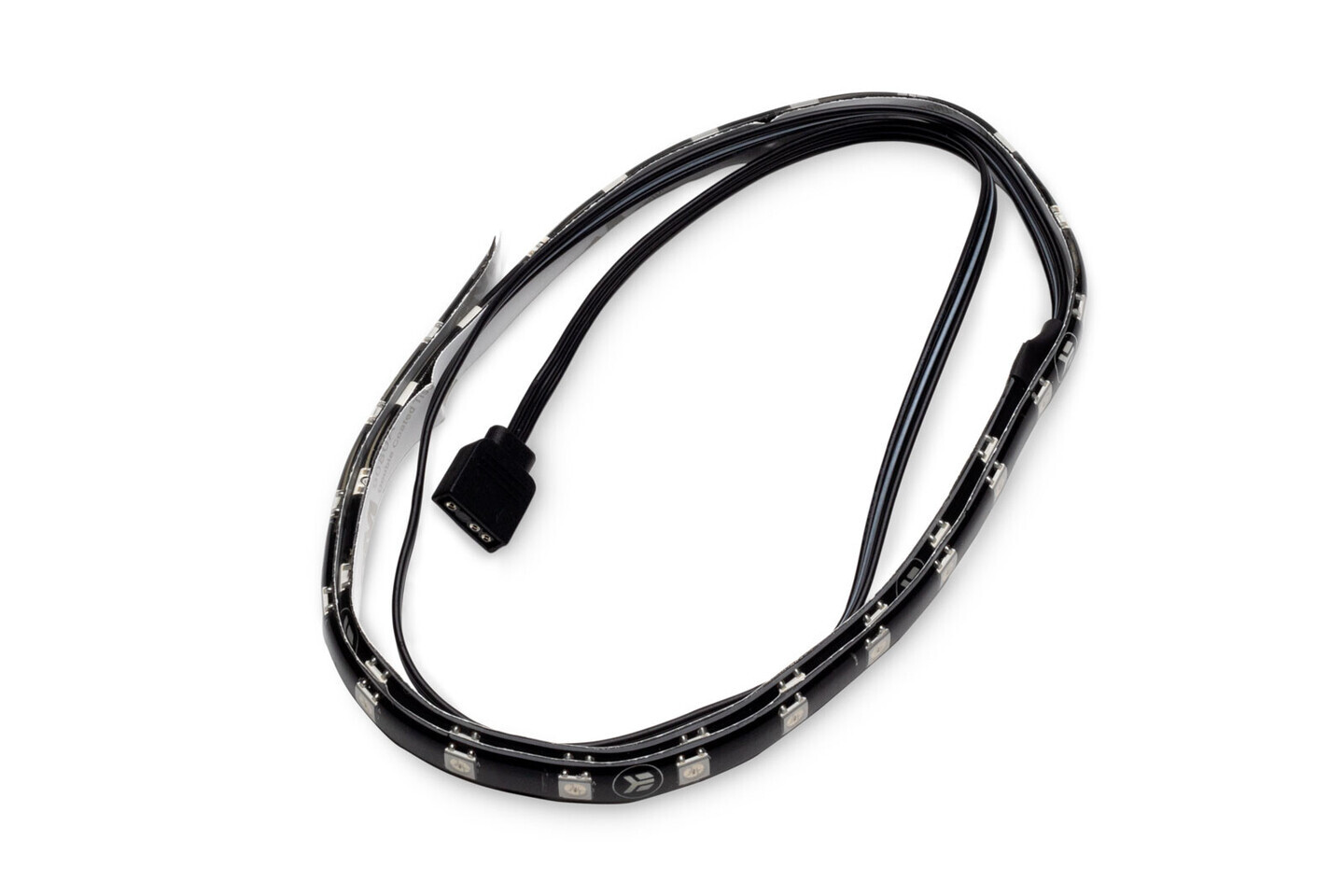 EK has announced the release of three new products aimed at those who love lighting up their PC cases and components.

The first novelty is the EK-Loop D-RGB LED Magnetic Strip (600mm) – a 600mm long magnetic tape with addressable LEDs that connects to the motherboard or D-RGB controller via a standard 3-pin 5V connector. It is characterized by a density of 54 LEDs per meter. A total of 33 LEDs are installed on the tape. The main option for mounting on a PC case is magnets, but there is an alternative option. It is an adhesive tape that allows the tape to be adhered to any flat surface. The LED strip costs € 14.90. It is enclosed in a silicone shell that improves light uniformity and protects the LEDs.

The second novelty is the EK-Loop D-RGB LED Magnetic Kit (4pcs 400mm) – a set of four 400 mm long magnetic strips with addressable LEDs. They can be connected separately or in series. In any case, a standard 3-pin connector is used to connect to the motherboard or controller. These strips have a density of 51 LEDs per meter. Each section is decorated with 21 LEDs. As in the first case, magnets or adhesive tape can be used to attach to the case. The LED strips have a silicone shell to increase the uniformity of light and protect the LEDs. The set costs 50.90 euros.

Finally, the third novelty is the EK-Loop D-RGB LED Edge Diffused Strip (500mm) – White. This is a specialized addressable side-lit LED strip that passes through a diffuser. It is secured in place with double-sided tape. The ribbon costs 16.90 euros.

All new items are already available.