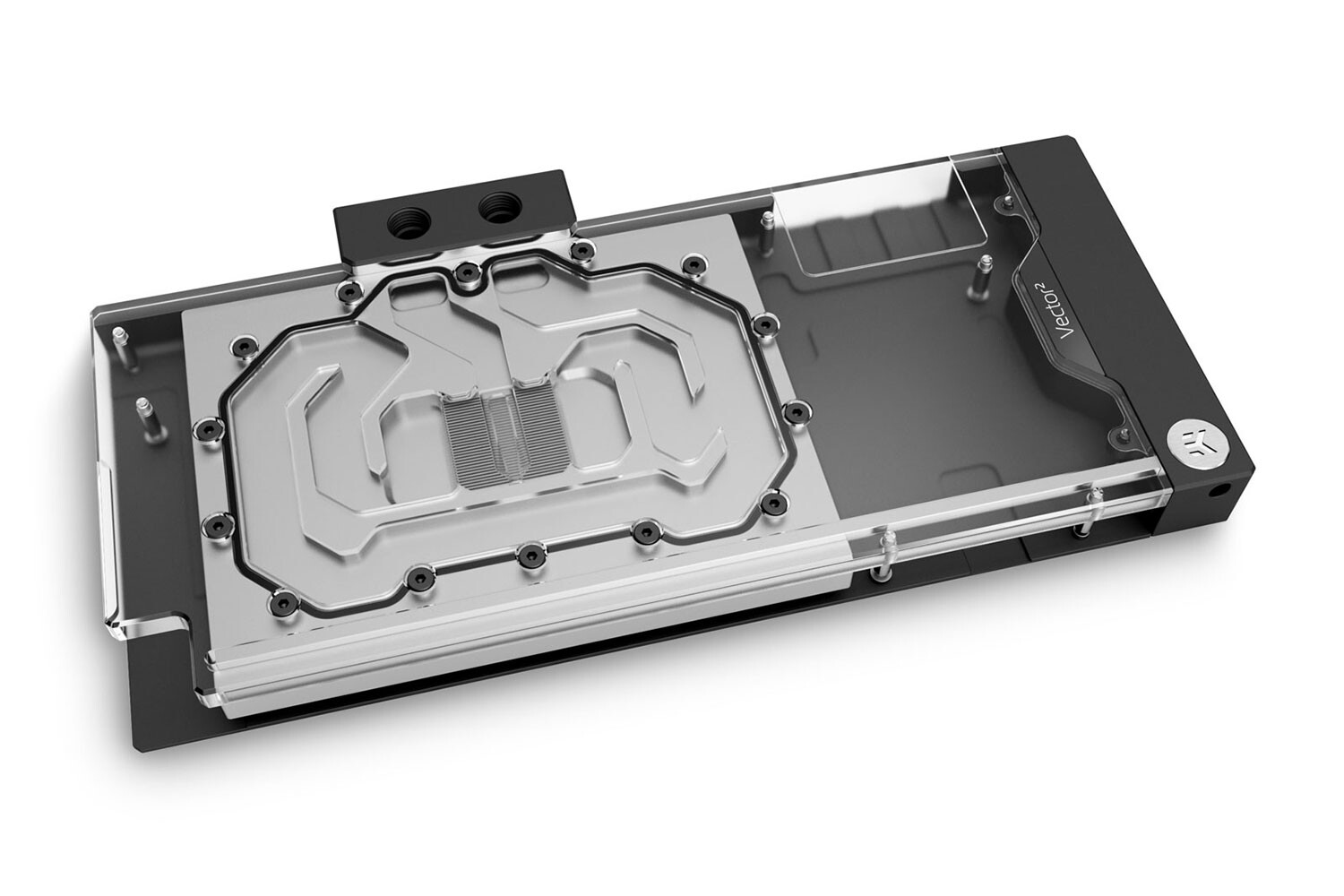 EK Water Blocks has unveiled the EK-Quantum Vector² Strix RTX 3070 Ti D-RGB water block, designed specifically for Asus ROG RTX 3070 Ti graphics cards. It costs 240 euros. This is a fully coated water block, complete with a metal plate attached to the back of the PCB. According to the manufacturer, the plate distributes thermal and mechanical loads, while giving the graphics card a more attractive appearance. The standard black plate can be replaced with a separately purchased nickel-plated plate, but you have to be prepared to pay 45 euros.

The water block uses the Open Split-Flow coolant flow formation scheme familiar to other EK water blocks. The third-generation Vector “engine” includes a plastic insert that distributes the flow. The water block is characterized by low hydrodynamic resistance, which allows it to be used even with low power pumps. The look of the water block is, in EK’s words, “dominated by minimalist straight lines.”

The base is made of copper and nickel plated. The cover material is transparent plastic. The waterblock is adorned with addressable LED backlighting compatible with common sync technologies, including Asus Aura Sync of course.

The water block should appear on sale in early June.