Earth could have four moons 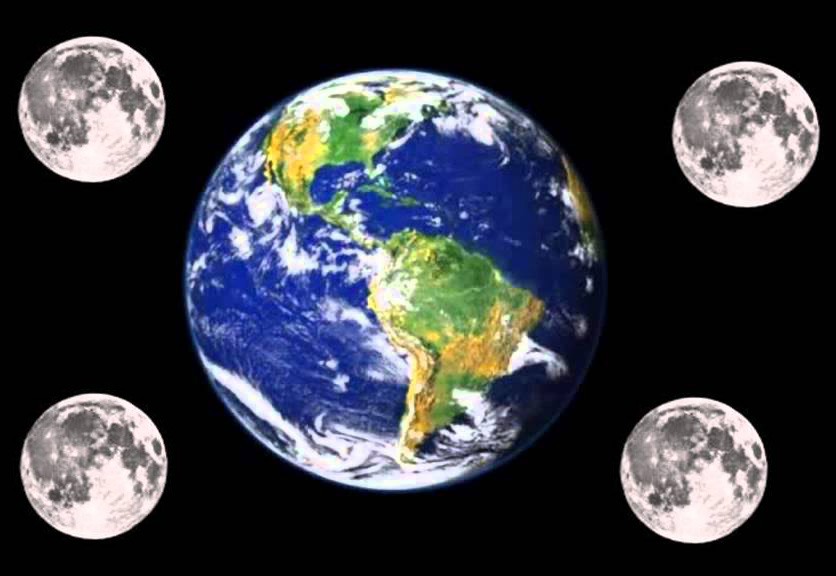 A team of scientists from the University of Texas, Valdosta State University, Georgia Institute of Technology and the National Radio Astronomy Observatory have calculated how many moons could revolve around the Earth under current conditions. The study is published in the journal Earth and Planetary Astrophysics.

For work, scientists used the same approach that previously allowed them to calculate the distribution of planets in the binary system of Alpha Centauri. The maximum possible number of Earth satellites depends on their size and mass. The results showed that our planet would maintain a stable orbit with 7 ± 1 Ceres-sized moons, 4 ± 1 Pluto-sized moons, and 3 ± 1 moon-sized ones. The maximum limits discovered by scientists may decrease with further studies that would take into account more parameters.

Although there are over 200 moons in our solar system, only three orbit terrestrial (rocky) planets: the Moon around the Earth and Phobos and Deimos around Mars. The rest revolve around the gas giants: Jupiter, Saturn, Uranus and Neptune. As noted in the study, such a large difference can be explained by different mechanisms for the formation and evolution of orbits.

Small satellites orbiting a much larger body can lead to so-called tidal heating, which affects both volcanism on Io and inland ocean movements on Europa. Such a phenomenon would also be possible on a multi-moon Earth, but its extent is unclear without detailed modeling.