Earth and Moon look like this from Mars, see in this amazing picture of NASA 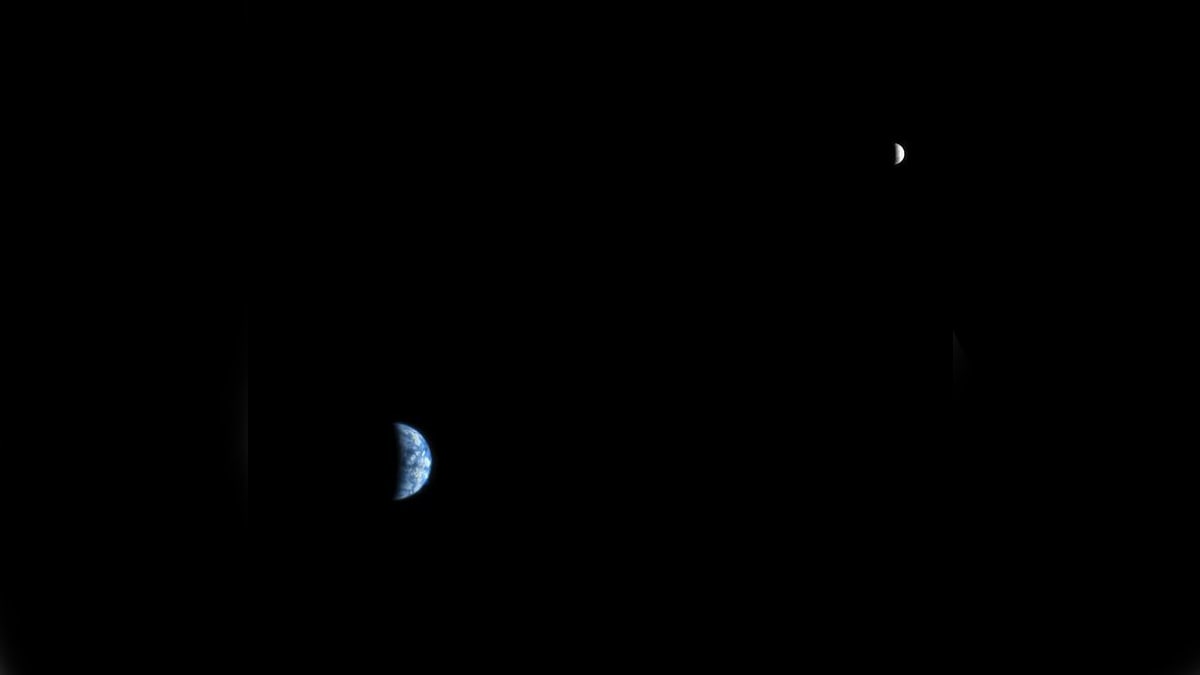 You must have seen many times how the Earth and Moon are seen from space, but have you seen the Earth and Moon view from Mars? The American space agency NASA often shares beautiful and surprising pictures and the agency has done something similar once again. NASA has shared an image of the Earth and Moon taken with the High Resolution Imaging Science Experiment (HiRISE) camera on its Mars Reconnaissance Orbiter. In this you can experience how our Earth and Moon look from Mars.

NASA has shared this picture on its official Twitter handle. In the post, NASA wrote (translated), “The Mars Reconnaissance Orbiter has captured this glimpse of Earth and the Moon. Each of our seven robots now working on Mars is actually a #NASAEarthling, which is visible to our eyes.” act as they explore the Red Planet – deepening our understanding and appreciation for our Blue Planet.”

Mars Reconnaissance Orbiter caught this glimpse of Earth and the Moon. Each of our seven robots now working at Mars is really a #NASAEarthlingacting as our eyes as they explore the Red Planet – deepening our understanding of and appreciation for our blue one. pic.twitter.com/7QaMBFoV9y

In addition to the picture, the agency also blog post Also shared, which shows that this photo was originally taken on October 3, 2007. The NASA blog further reveals that Earth was 142 million kilometers (88 million miles) away from Mars at the time the image was taken, giving the HiRISE image a scale of 142 kilometers (88 miles) per pixel.

NASA says its phase angle was 98 degrees, which means that the light was in less than half of the Earth’s disk and the Moon’s disk. The blog states that (translated) “We can capture the Earth and the Moon in full disk light as well, but only if they are on the opposite side of the Sun from Mars, but then the range will be much greater and the details in the picture will be less visible. “

NASA’s Mars Reconnaissance Orbiter took off from Cape Canaveral in 2005. It was sent to find evidence of the search for water on the Red Planet. After a seven-month cruise to Mars and six months of aerobraking to reach its science orbit, the orbiter began exploring the history of water on Mars with its science tools. For extremely close-up photography of the Martian surface, these tools zoom in and analyze minerals, look for water, and measure how much dust and water is distributed in the atmosphere.