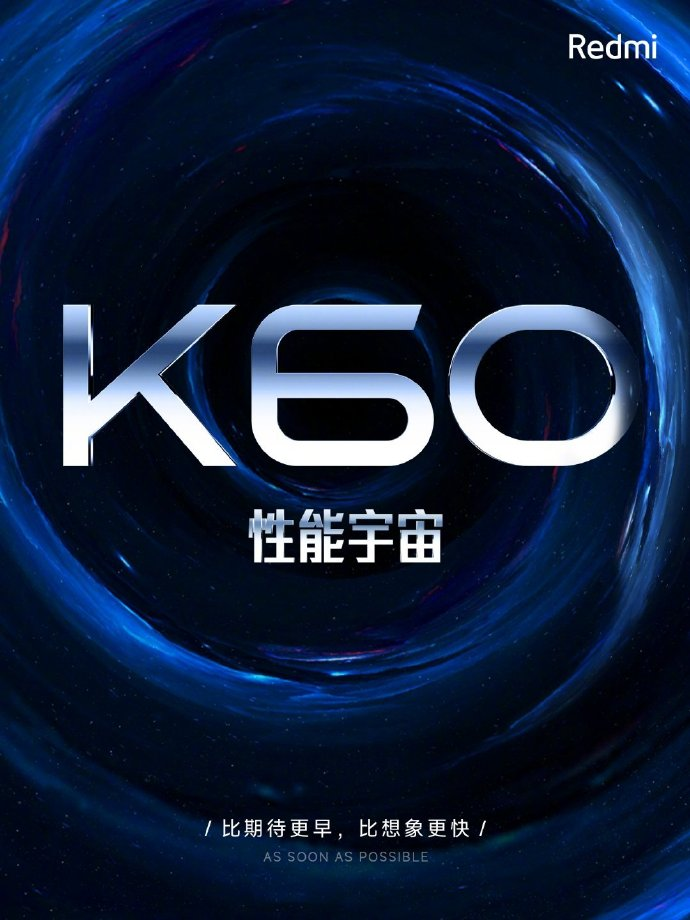 Redmi today published the first official teaser dedicated to the phones of the Redmi K60 line. The picture is accompanied by the words “Earlier than expected, faster than expected.”

The first part is about the announcement. That is, new items will be presented earlier than last year. Apparently, the announcement of Redmi K60 can be a New Year’s gift to fans and everyone interested (according to rumors, the premiere could take place on December 27). As for the second part, we are talking about the Qualcomm Snapdragon 8 Gen 2 single-chip platform: due to this, Redmi K60 will be much faster than its predecessor.

According to various informants, there will be three models in the lineup. The base one is Redmi K60E, as well as Redmi K60 (it will replace Redmi K50 Pro) and Redmi K60 Pro.