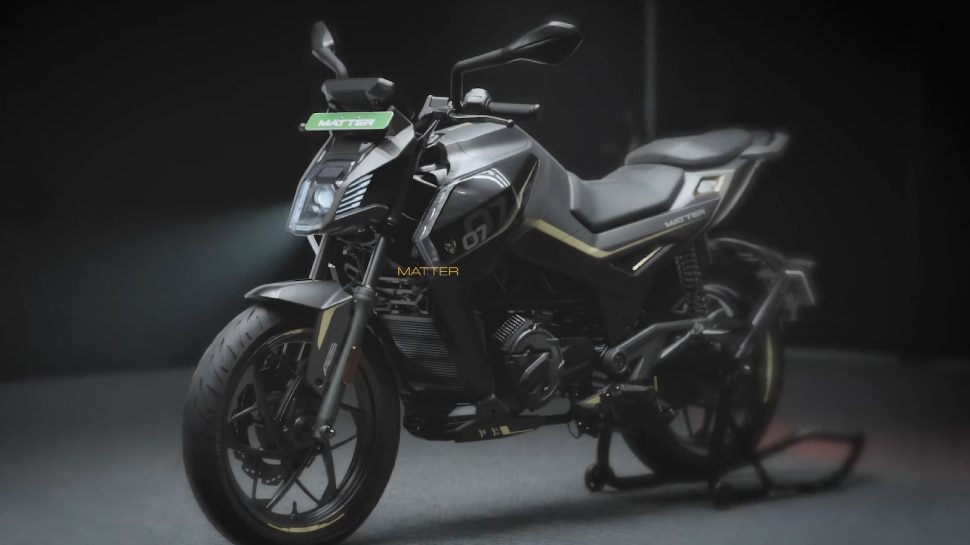 Electric bike with gearbox in india: It also features 4-speed gearbox and ABS. The bike comes with a liquid-cooled, 5.0 kWh battery and the company claims that its full charging range is 125-150km.

Matter electric bike: Technology start-up company Matter has introduced new electric bikes. It is the company’s first electric bike, brought with a manual gearbox. It also features a 4-speed gearbox and ABS. The bike comes with a liquid-cooled, 5.0 kWh battery and Matter Energy claims its full charging range is 125-150km. At the moment, the company did not announce the name and price of this bike, although the details of the features have been released. The launch date has not been announced yet, but we expect its price and name to be announced at the 2023 Auto Expo.

It is a naked style motorcycle, which looks like Yamaha FZ. It has graphics with race numbers on the entire body with LED headlamps. The bike has a 7-inch touch enabled infotainment display. It is a connected screen with features like remote lock / unlock, live location tracking, vehicle health, push navigation, charging status. Bike will also get keyless start.

Other features include front and rear disc brakes with ABS. The company claims that the bike can also be used in temperatures ranging from -10 to 55 ° C. Electric motorcycle has a motor of 10.5kW. The interesting thing here is that this motor has been connected to the manual gearbox instead of automatic. According to Matter, the performance range is better because of the manual gearbox and power delivery is also great.

5 kWh battery pack is available with motor. Performance of electric bikes was not even mentioned. The bike can be charged 5 hours full using a built in charger, and it also supports fast charging technology.