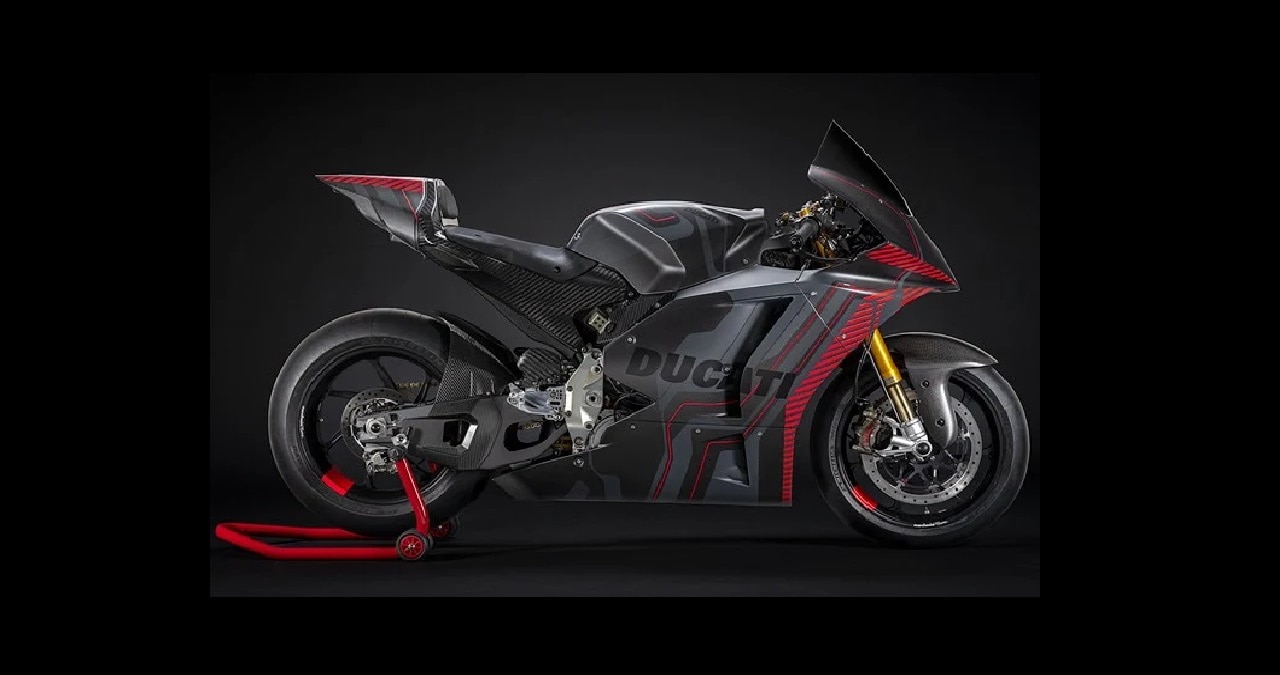 The Ducati V21L MotoE weighs in at 225 kg. In terms of power and specifications, the Ducati V21L MotoE packs an 18kWh battery that provides enough range to complete a 7 circuit Grand Prix race. The battery pack contains 1,152 cylindrical cells. This battery can be recharged from 0 to 80 percent in just less than an hour.

The Ducati MotoE is powered by a 21kg motor that generates up to 110kW of power and 140Nm of torque. The maximum rotation speed of the electric motor is 18,000 rpm. The recorded top speed of this bike is 275 kmph. The frame of the Ducati MotoE is made from aluminum and fiber. The electric bike can be charged from the 20kW charging socket on its tail.

According to the company, advanced cooling system has been given in Ducati V21L MotoE. A liquid system with a double circuit battery and electric motor temperature is controlled. Ducati is entering the electric motorcycle segment with the V21L MotoE. Ducati will supply all 18 units of the V21L MotoE that will compete in the FIM race by 2026. The Ducati MotoE will debut at the FIM MotoE World Cup in 2023.