Ducati has been working on an electric bike for quite some time now. This bike will be presented at the FIM MotoE World Cup next year. The company has disclosed some information related to the upcoming bike. The top speed of the bike is said to be 275kmp.

Ducati has shared some important information related to its first electric bike. The company’s first electric bike Ducati V21L will be seen running in next year’s FIM MotoE World Cup. Earlier in 2019, since the inception of Motoi, Italian electric bike maker Energica used to supply bikes. But from 2023, Ducati will handle this responsibility with the V21L electric bike. The upcoming bike will knock with a bulky battery. According to the company, its top speed is 275kmph and the battery will not even need to be cooled to charge. 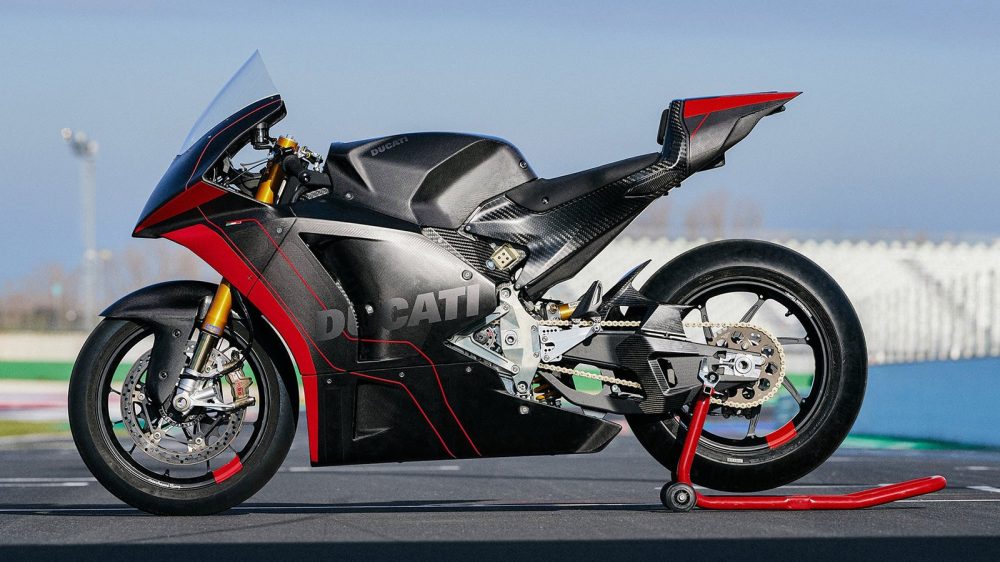 Can charge the battery instantly

Ducati says that the cooling system of the electric bike is a “double circuit design that has been designed to meet the thermal requirements of the battery pack and inverter unit”. Ducati also claims that it is not necessary to wait until the battery pack cools down to start charging. As per the claim, the electric bike will be charged up to 80 percent in just 45 minutes.

Ducati has not yet disclosed the range of the electric bike. Although we can get a little idea from the FIM MotoE Race that how much this bike can run on a single charge. Usually the FIM MotoE race is 35km long. The 110 kg battery pack gives you an idea of ​​how much power the electric bike needs to cover such a distance.