Ducati Scrambler 1100 Tribute PRO launched in the Indian market, know what is the price and features 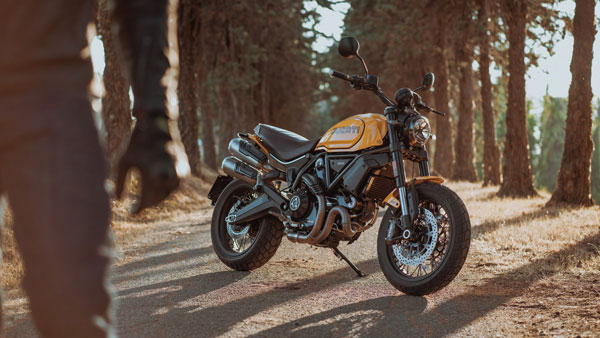 The company has revealed that this motorcycle was made to pay tribute to the history of the air-cooled twin-cylinder engine and features a unique “Giallo Ocra” livery with a black frame and brown seat with sub frame. Bipul Chandra, Managing Director of Ducati India has informed about the launch.

He further added that “This is an exclusive offering celebrating an iconic air-cooled L-twin engine and it is great that Ducatisti from India can also lay their hands on this special edition.” The new Ducati Scrambler 1100 Tribute PRO was created to pay tribute to the history of the air-cooled twin-cylinder engine.

Fifty years later, it was first introduced on Ducati in 1971 with the Ducati 750 GT. It pays homage to the history of the Borgo Panigale company through the choice of the flashy “Giallo Ocra” dress, which was a particularly prevalent color at the time.

Which Ducati used on the twin-cylinder 450 Desmo Mono and the 1972 750 Sport. The tribute also commemorates the 750 Supersport, which was used by the Spagiari team since 1975, marking the beginning of the epic period of another great Ducati rider: Franco Uncini.

The Ducati Scrambler 1100 Tribute PRO adds further styling details to the festive attire such as the use of the iconic Ducati logo from the 1970s, designed by Giugiaro. Black spoke wheels, rounded rear-view mirrors and brown seats with dedicated stitching are given.

Talking about the engine found in it, it uses a 1079cc L-twin engine with desmodromic distribution and air cooling, which provides power of 86 bhp at 7,500 rpm and maximum torque of 90 Nm at 4,750 rpm.