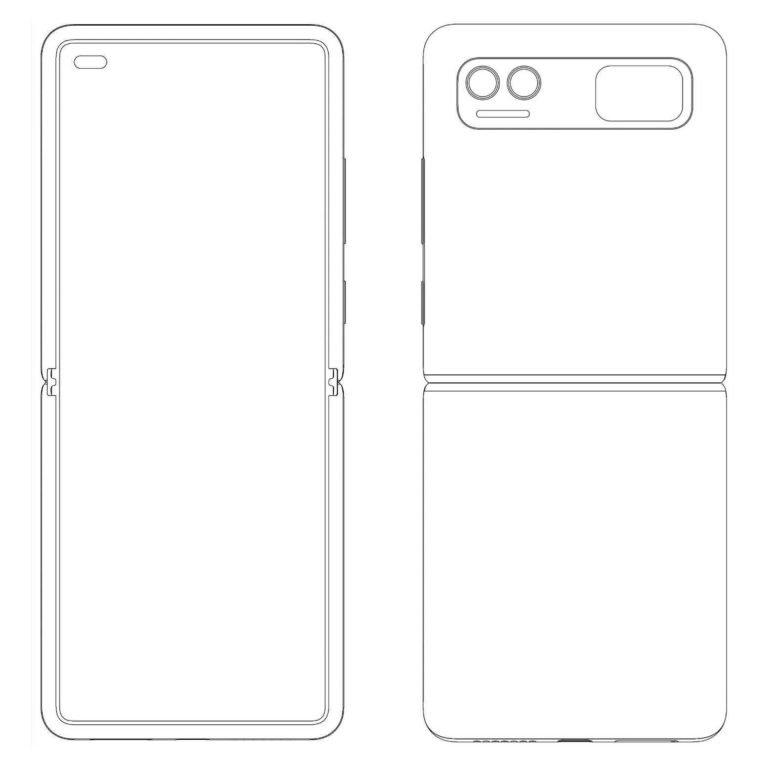 Clamshell smartphones are becoming more and more popular, so it is not surprising that different manufacturers are ready to enter this segment with their own models. Among such companies is Xiaomi. Previously, we have already provided schematic images of a promising Xiaomi Flip, taken from a patent application, and now a list of possible characteristics of this smartphone has been published on the Web.

The hardware basis of the smartphone will be the SoC Snapdragon 8 Gen 1 – the most powerful of the Qualcomm range at the moment. If so, the Xiaomi Flip could be the most powerful smartphone in the segment. Also, the device is credited with 8/12 GB of LPDDR5 RAM and 128/256 GB of UFS 3.1 flash memory.

The pictures show that the front camera of the model is dual. The source believes that the resolution of the main sensor will be 20 megapixels. But what will be the second sensor – the question. The main camera of the model is assigned sensors with a resolution of 50 and 13 megapixels. The battery capacity will be 3800 mAh, support for fast wired charging with a power of 67 watts is mentioned. Other features include Harman Kardon stereo speakers, Wi-Fi 6E and Bluetooth 5.2 adapters, and a 5G modem.