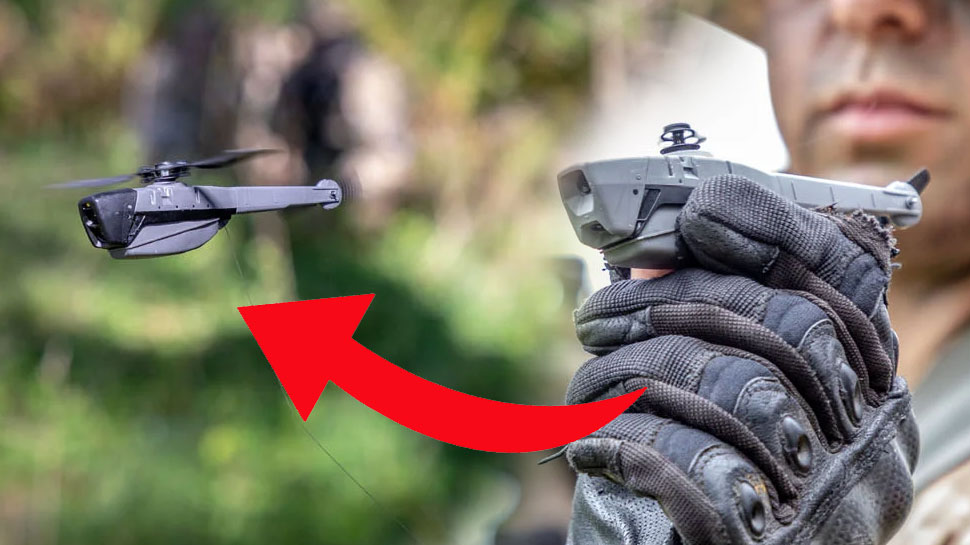 Drone Cam:  Many types of drone cameras are used in India, but today we are going to tell you about a drone like it, it is different from these and it is also very special.

Helicopter Drone Camera for survilance: If you go to the market to buy a drone, then you get many options but these drones are not able to withstand many weather conditions, in such a situation they get damaged and your money is wasted. Let us tell you that a drone camera that has become popular around the world is such that it can withstand even the most difficult weather conditions and it can monitor the areas in the best way. This drone is so small that its size and the size of your fist are almost the same. Today we are going to tell you about this special drone, as well as we will also tell you why it is different from other drones.

which is this drone camera

Actually the drone camera we are talking about is a pocket size helicopter named PD-100 Black Hornet. It is very small to look at but when it comes to doing its job, it does it well. Surveillance is done with the help of this helicopter, it can reach those areas where even humans cannot go. It works well even in difficult weather conditions. Its job is to monitor what it specializes in. Although this drone helicopter is out of reach of common people.

where is it used

The PD-100 Black Hornet drone is used for surveillance of extremely sensitive areas as well as in intelligence missions. The armies of many countries are also using it. This drone is used remotely, since the remote also has a display, the person controlling it can see the live footage which is sent from the drone’s camera. It is also possible to use it in investigative missions to rescue civilians in disaster-affected areas.

Which company has prepared

Let us tell you that this helicopter drone has been prepared by a company named Prox Dynamics based in Norway. It is 10 cm long and 2.5 cm wide and is almost the size of your fist. It can be flown continuously for 20 minutes, it has three cameras. The top speed of this drone helicopter is 13 mph (21 km/h). You should have around Rs 1 crore to buy it. The armed forces of the United States, Australia, Turkey, Norway, the Netherlands, France, the United Kingdom, Germany, Poland and New Zealand, including India, are using this drone camera.