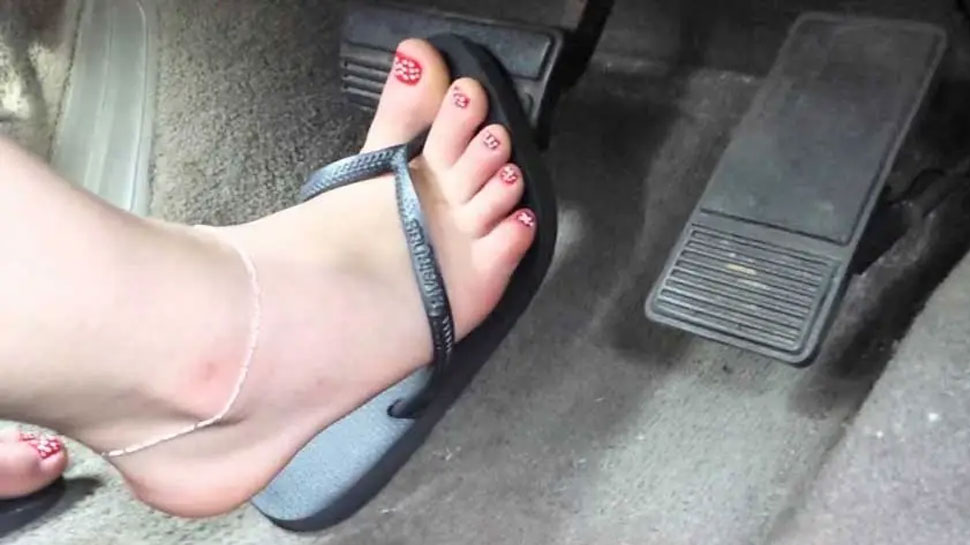 UK Driving Rules: You must be aware of the driving rules of India, but there is such a rule in Britain, under which you cannot drive a car wearing thongs. If you do so, you may have to pay a fine of up to Rs 5 lakh.

There are many strict driving rules in the UK

Let us tell you that there are not only strict rules in Britain, but there is also a provision of severe punishment for those who break them. Recently there has been a change in the driving rules there. If someone breaks UK’s The Highway Code Rule 97, then they may have to pay a fine of Rs 5 lakh. Apart from this, there are many laws there.

A strange rule is also included in these rules. If someone drives while wearing thongs or sleepers, then he can face heavy fines to driving ban for life. Along with this, it is also forbidden to drive by wearing sandals or heels with slippers.

Fine up to Rs 5 lakh may be imposed

There is also a special reason behind making this strange rule. When slippers or heels are worn while driving, it limits the movement of the ankle. This increases the chances of having an accident. In view of this, it is forbidden to drive wearing slippers in Britain. Clothes and shoes have to be taken care of while driving in England as well as Scotland and Wales. It is also forbidden to wear thick-soled shoes there. If someone breaks this rule, then he can be fined up to Rs 5 lakh.