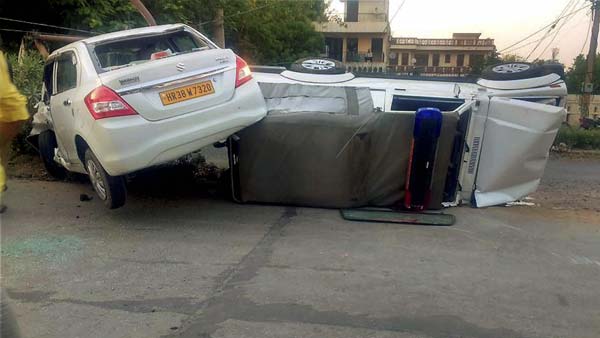 In a written reply to the Rajya Sabha on Wednesday, Road Transport and Highways Minister, Nitin Gadkari said that a total of 3,66,138 road accidents occurred in India during 2020. He said that this is less than the 4,37,396 road accident cases registered last year.

The National Highways Authority of India (NHAI) collected toll tax of Rs 27,744 crore during 2020-21. The collection from April to December last year stood at Rs 24,989 crore.

Replying to another question, Gadkari said that under the Green Highways (Plantation, Transplantation, Beautification and Maintenance) Policy, 2015, 244.68 lakh saplings have been planted in 869 National Highway projects with a length of 51,178 km till December 2021.

Gadkari said the government earned Rs 1,636 crore in 2020-21 by issuing national permits. The new National Permit System has been made effective with a notification dated 7th May, 2010 under Section 88(14) of the Motor Vehicles Act, 1988.