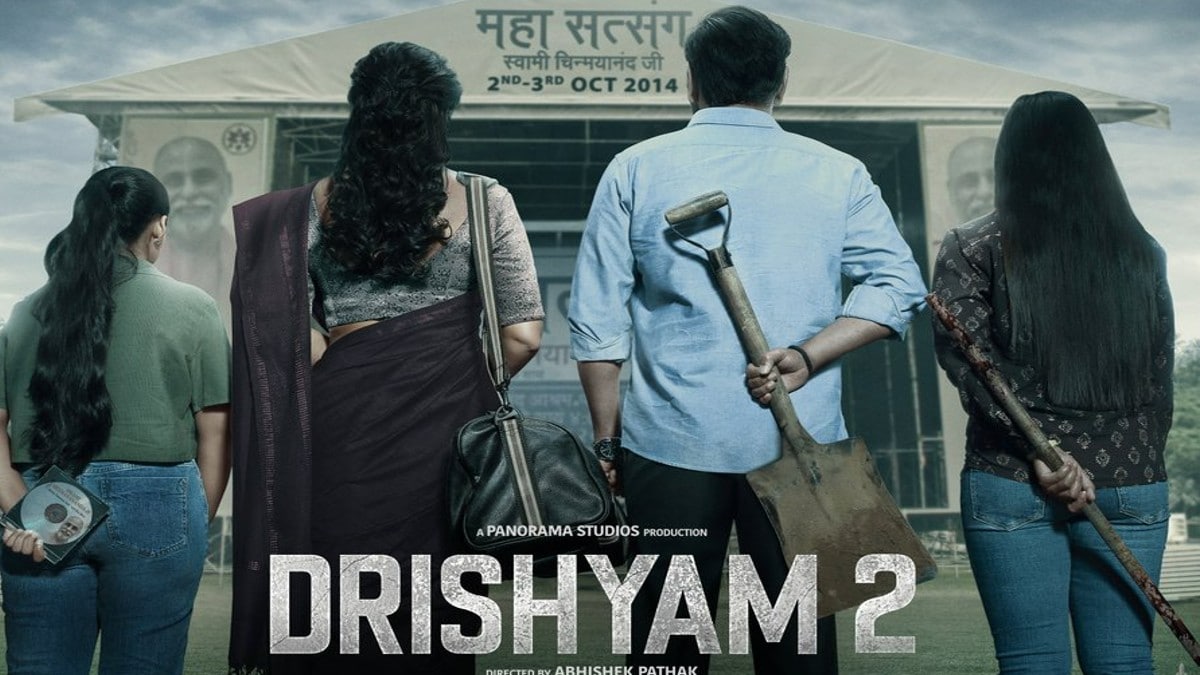 Drishyam 2 day 3 Collection: The audience was eagerly waiting for Ajay Devgan’s film Drishyam 2. The film was released on November 18, which people are very fond of. The weekend collection of the film has been great. According to media reports, Drishyam 2 has done a business of around 27 crores on the first day of its release. It is being told that the film’s release week earnings figure is Rs 63 crore.

Movie Drishyam 2 Collection Day 3: The film Drishyam 2 is creating a lot of buzz in the theatres. Ajay Devgan, Tabu, Akshaye Khanna starrer film is getting great response. Let us tell you that it has been 3 days since the release of the film and it is breaking its own record of earning. Talking about the reviews of the film, Drishyam 2 has impressed people a lot, as a result of which its earning figures are increasing. Everyone is liking this film directed by Abhishek Pathak.

Drishyam 2 did a business of around 27 crores on the first day as soon as it was released. If reports are to be believed, the film’s earning figure for this week is 63 crores. Talking about the estimates, the earnings of Drishyam 2 were estimated to be around 45-50 crores, however, beating all the figures, the film has earned 63 crores in the first week itself. Seeing the success of the film, it is estimated to reach 100 crores in the coming week.

Drishyam 2 has left no stone unturned to entertain the audience. Full of suspense and thriller, this film has earned record breaking at the box office. The spectacular performance of the film from the very first day has left a deep impression on the people. Even further, the earning figures of this film are expected to rise.

Drishyam 2 is a crime thriller, the first part of which was released in the year 2015. The first part was also well liked. Drishyam 2 stars Tabu, Shriya Saran, Ishita Dutta. Akshaye Khanna has also entered. The film has received positive response from the audience and critics. Its trailer was also well liked. People were already saying that it could prove to be the biggest hit of this year.