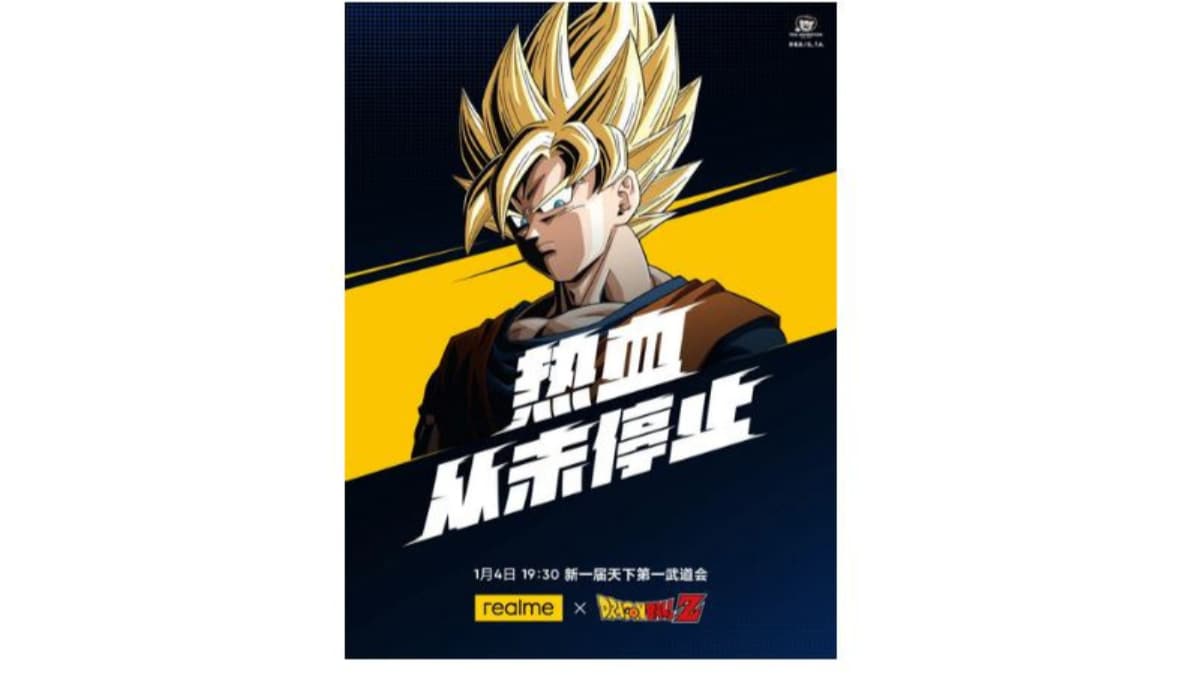 The Realme GT 2 series is scheduled to launch in China on January 4. Ahead of the launch, the company is sharing teaser posters related to the phone on its Chinese micro-blogging site Weibo, which includes many key information related to the phone. Before the launch, the company had informed about the camera features of the Realme GT 2 Pro phone. Apart from this, through another poster, the company has indicated a collaboration with Dragon Ball Z. From this it can be guessed that the company can also introduce a special edition of Dragon Ball Z.

Realme has launched its Chinese micro blogging site. Weibo But this poster has been shared, Dragon Ball Z can be seen on this poster. Also, the poster has ‘Realme X Dragon Ball Z’ written at the bottom, which seems to be an indication of the collaboration between Realme and Dragon Ball Z.

As of now, the company has not given any information related to the Dragon Ball Z Special Edition device nor has it been told how its design will be.

Let us tell you, Dragon Ball Z was a Japanese animated cartoon show produced by Toei Animation. It was a show based on Dragon Ball, produced by Akira Toriyama. This cartoon show started from 1989, which aired till 1996. After that it started being translated into different languages ​​​​in many countries, including India, Australia, Latin America, United Nations, Europe.

Realme through Chinese micro blogging site Information given that Realme GT 2 Pro The phone will have a 50-megapixel Sony IMX766 primary camera, with which optical image stabilization (OIS) will be present. The second sensor of the phone will also be of 50 megapixels and with it 150 degree field-of-view will be offered. Realme says that it will be the first smartphone in the world to come with such a wide-angle camera.

The Realme GT 2 series may include three different models, which will include the regular Realme GT 2, Realme GT 2 Pro and Realme GT 2 Master Edition smartphones. This phone will be launched in China on January 4.