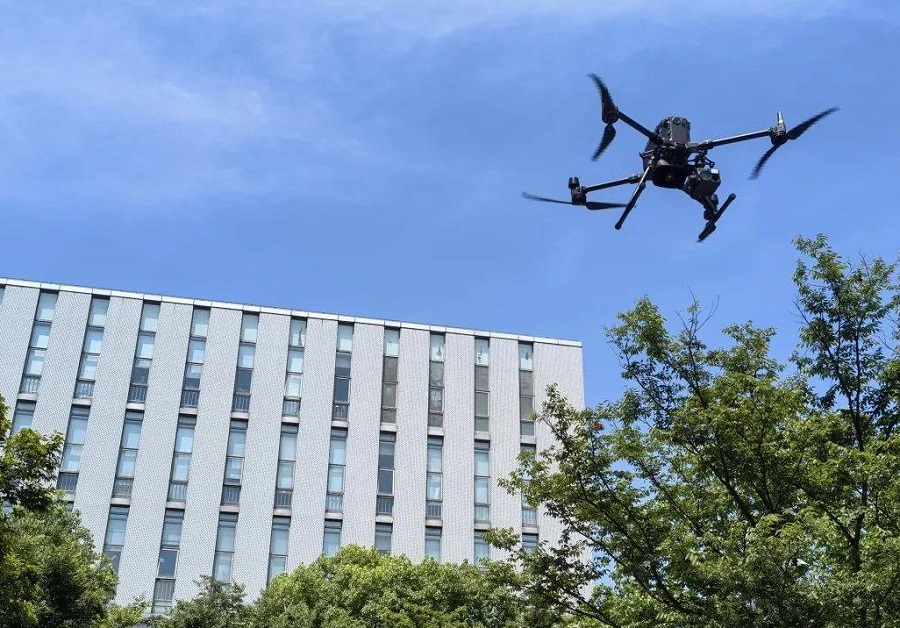 Chinese authorities are using drones to track violations of measures designed to contain the spread of COVID-19. This is reported by the South China Mornings Post. The drones operate in Shanghai’s Yangpu District and are used to monitor shops, residential areas, wooded areas and construction sites. The source notes that drones typically monitor people who come to business districts, as well as those who are in line for coronavirus testing.

If the drone notices that people are gathering together, it turns on the loudspeaker and orders them to disperse. Also, the drone can communicate with first responders in real time: at some point, it was noticed that the buyer entered the store without scanning the health code, which is mandatory for visiting public places. After that, the store was visited by local authorities.

The use of drones to control people has already caused discontent among the local population. Users leave thousands of comments on Weibo, wondering if the technology can be used in this way. One of the visitors to the service wrote that such a method could be useful for catching criminals, but he did not expect that it would be applied to ordinary people so quickly. Despite this, the city leadership believes that such measures are aimed at consolidating the results of prevention and control of the epidemic. In addition, during the quarantine due to the COVID-19 pandemic, the attitude towards drones was rather positive, since they were then very useful for delivering essential goods.