Donda Foam Car. Conceptually, designed, manufactured in the USA. Amen”. Rapper Kanye West has announced a car that does not require pumping 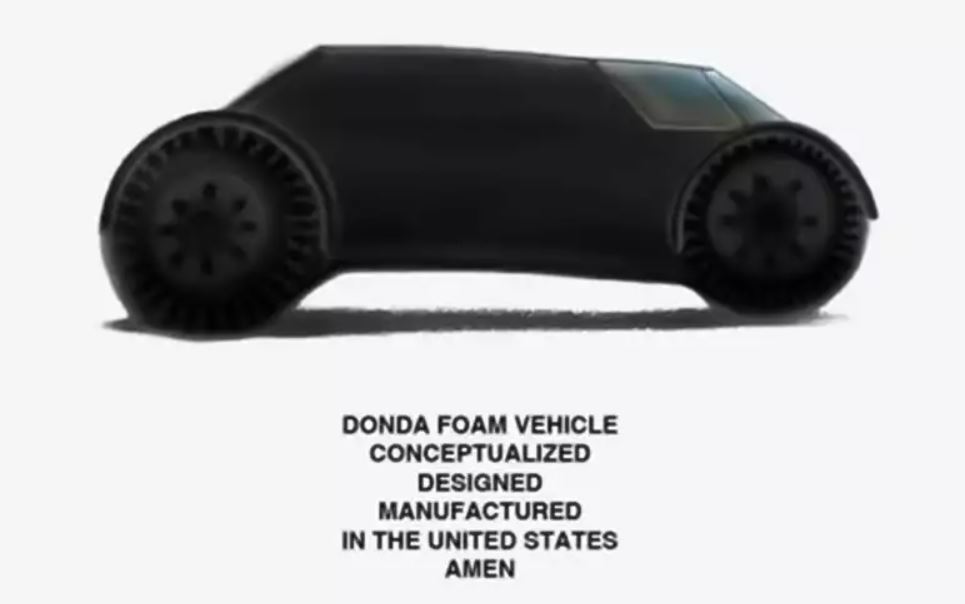 The famous American rapper (and also a music producer, songwriter, sound engineer and designer, a billionaire after all) decided to open a new direction for himself – the production of cars. In one of the social networks, he published an image of a promising vehicle called Donda Foam.

The image is accompanied by the caption: “Car Donda Foam. Conceptually, designed, manufactured in the USA. Amen”.

The picture shows a futuristic all-terrain vehicle with wheels of different sizes and minimal entry and exit angles. In some ways, it resembles the Russian Sherp all-terrain vehicles, but it looks even more interesting than the Tesla Cybertruck. By the way, there is no doubt that we are talking about an electric car: a battery-powered car with an electric motor is the easiest way to become an automaker without having a lot of experience in development and production in the relevant industry.

Interestingly, Kane West entrusted the creation of the car to sneaker designer Stephen Smith: he is appointed by West to head Donda Industrial Design, which will reportedly produce cars, as well as furniture and more. Smith is a shoe industry veteran who began his career as a designer at New Balance in 1986 and has gone on to move through several companies such as Adidas, Reebok, Fila and Nike.