Donald Trump releases his own collection of NFTs 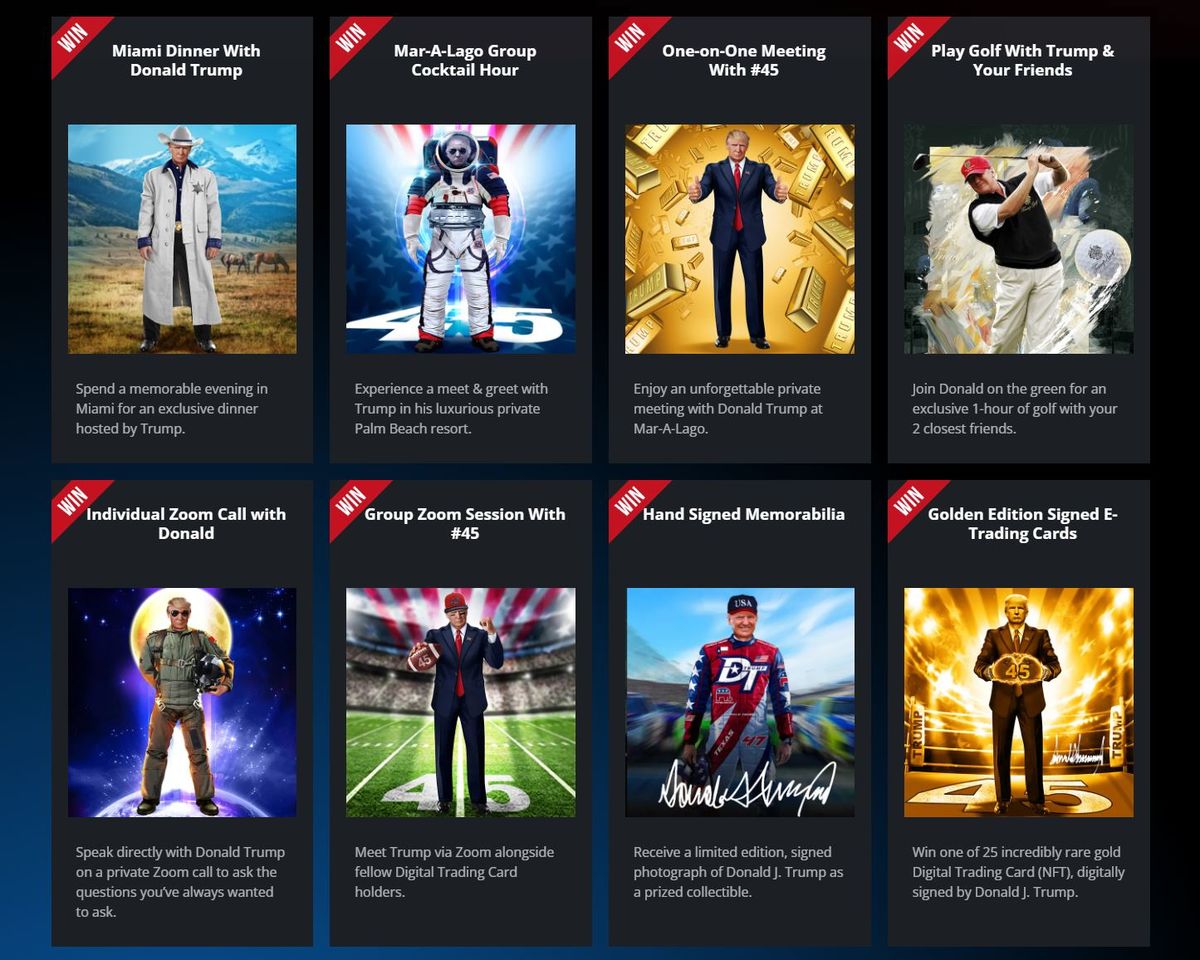 Earlier in a number of American media, information was circulated about the imminent “important announcement” from the former President of the United States Donald Trump. A number of analysts have suggested that the politician will soon speak out about plans for his future election campaign for the presidency in 2024. In fact, the “big ad” turned out to be an advertisement for NFT cards with his image.

The digital images ($99 each) show Trump in a variety of guises, from astronaut to superhero.

“Hello everyone, this is Donald Trump, I hope your favorite president, better than Lincoln, better than Washington. I am releasing my first official NFT collection,” the ex-president said in a distributed video message.

Those who buy all 45 cards will have the opportunity to dine at the former president’s estate in Mar-a-Lago.

The non-fungible tokens are offered by NFT INT LLC, which states on its website that “the cards are not associated with the Trump presidential campaign” and that “the company is not owned, operated, or controlled by Trump, his company, or their affiliates. Trump receives license money for using his name and likeness,” the website says.