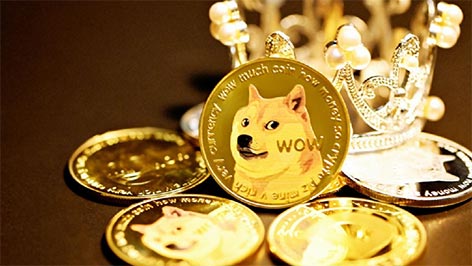 Transactions may soon start even without internet access for Dogecoin, one of the popular meme coins. For this, a project called RadioDoge is being worked on. Dogecoin Foundation developers Michi Lumin and Timothy Stebbing explained how RadioDoge could facilitate offline DOGE transactions using SpaceX’s Starlink satellite network.

These developers have blog post I have also said that a RadioDoge Regional Hub has been created which will conduct testing for this new technology. Its prototype consists of a wire antenna and a tree. He added, “RadioDoge is the global leader in providing low-cost and reliable radio technology. starlink seeks to integrate satellite networks to bring Dogecoin to people who are outside the reach of the Internet.” He added that the first such transaction was transmitted over HF radio in Colorado, USA, to Regional Hub, more than 150 miles away. Will go

Transactions from the Regional Hub will be routed to the Dogecoin testnet using the Starlink satellite. Apart from RadioDoge, the foundation is also working on some other projects that could increase the popularity of Dogecoin. However, the foundation did not specify when RadioDoge could be launched.

DOGE’s popularity grew rapidly last year but it has been under pressure since the beginning of this year. Its price has dropped significantly. This makes this cryptocurrency out of the top 10 in terms of market capitalization. However, DOGE continues to be supported by American electric car maker Tesla and SpaceX chief Elon Musk. The tweets made by Musk about this cryptocurrency also have an effect on its price. DOGE is facing a tough competition from Shiba Inu, another meme coin. The Shiba Inu was created two years ago and its popularity has grown rapidly over the past few months. The team associated with SHIB is also working on some projects including Metaverse. This includes the sale of over one lakh virtual plots on the Metaverse of the Shiba Inu. The price of these Metaverse plots ranges from 0.2 to 1 ETH. Initially 36,431 plots will be unlocked.