Do you know which is the longest rail route in India? It takes more than 3 days to complete 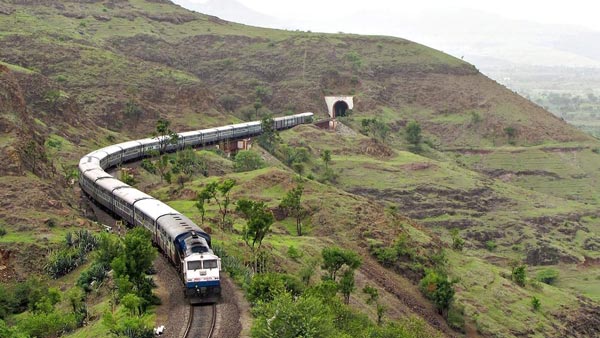 Yes, it is absolutely true that the rail route between Dibrugarh to Kanyakumari is the longest rail route in India and has also made its place among the longest routes in the world. The route passes through different climates, terrains and linguistic regions and gives a hands-on experience of different cultures along the way.

Which train covers this route

For your information, let us tell you that Vivek Express covers the longest railway route in India, covering a distance of 4,273 km in 80 hours and 15 minutes with approximately 55 scheduled stops. It connects the northernmost tip of mainland India, Kanyakumari in Tamil Nadu, with Dibrugarh in Assam in the northeast.

After this while going back also this train follows the same path. For information, let us tell you that the Vivek Express train series was started in November 2011 to celebrate the 150th birth anniversary of Swami Vivekananda, but it was started from the year 2013.

When the nationwide lockdown to combat COVID-19 was announced in March 2020, this train was the last to suspend operations. This train passes through Tinsukia, Dimapur, Guwahati, Bongaigaon, Alipurduar, Siliguri, Kishanganj and Malda from north to south.

longest train route in the world

The longest rail route in the world is in Russia, which is the largest country in the world. The journey of this train takes six days and it crosses several time zones. It connects Western Russia with the Far East of the country. This train starts its journey in Moscow and reaches Vladivostok after approximately 9,250 kms in six days.

Compared to the longest rail route in India, it is more than twice as long. If you tell the exact length, then it is 4,977 km longer than the Indian rail route. Indian Railways has one of the largest rail networks in the world with a history of 168 years and 1,26,611 km of tracks covering the entire country as of 2021 data.