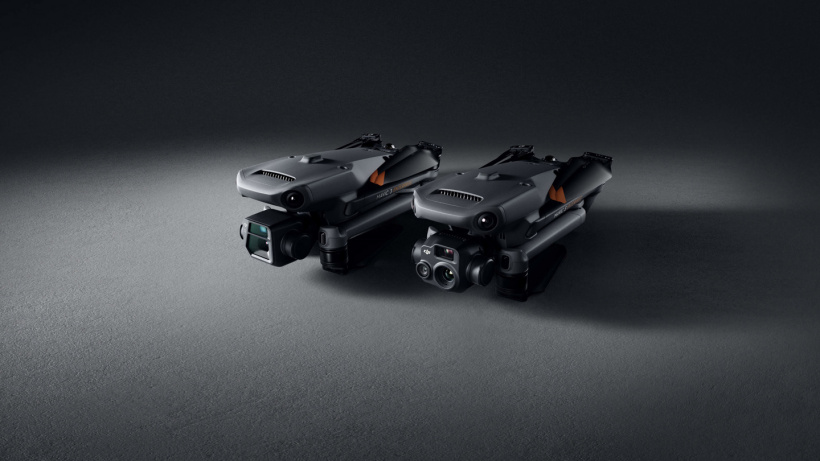 These are the smallest industrial drones released by DJI. The main camera of the Mavic 3E uses a 20MP 4/3 optical format wide-angle image sensor. In addition to the main camera, the Mavic 3E also includes a 12MP HD telephoto lens that supports 56x hybrid zoom.

Mavic 3T has a flight time of up to 45 minutes, it can transmit high-definition image within 8 km. DJI RC Pro Standard Remote Controller with 1000 cd/m high brightness display2 equipped with 4 antennas.