Director Rohit Shetty bought an SUV worth 3 crores, you will also be stunned to see the power 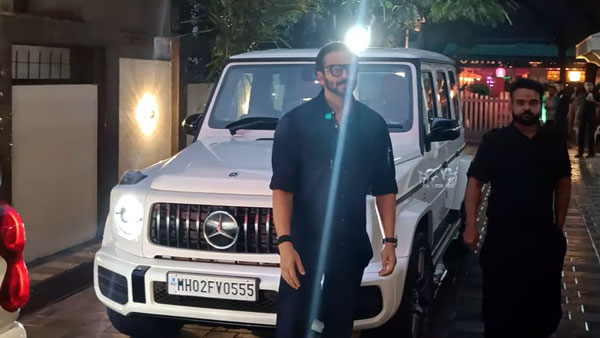 Rohit Shetty was recently seen during an event with his new car, his AMG G63 is in white color and looks very attractive. Mercedes has made the G63 version available in India while the more powerful G65 version was also available in the international market, the company no longer sells this version. The company brought the G63 with some changes.

This new SUV from Rohit Shetty gets a complete LED setup with a new headlamp cluster. It has a circular DRL and turn indicator. It gets big wheels and spare wheels at the rear tailgate which give it a strong look. The SUV gets 21-inch wheels and a ground clearance of 241 mm. This SUV is also great in terms of off-road.

The Mercedes-AMG G63 is a multiple-terrain SUV that can be driven on any type of road. Along with the normal road, it is able to move smoothly even on rocks and rocky roads. It is very much liked by off-roading ride enthusiasts all over the world. The AMG G63 has been given an attractive boxy design. The front has a large horizontal slot chrome grille, Mercedes brand logo and LED lights.

Talking about the interiors, it is a 5-seater SUV. The cabin gets a 12.3-inch touchscreen display, dual tone contrast and soft-touch leather seats. This SUV is liked by many celebrities. A few months back, this SUV was bought by Indian cricketer Shreyas Iyer.

Rohit Shetty already has an SUV like Lamborghini Urus. Lamborghini Urus is one of the fastest SUV in the world. The SUV can accelerate from 0-100 km/h in just 3.6 seconds, while the car can run at a top speed of 305 km/h.

Rohit Shetty’s SUV collection is slowly growing and he is adding popular cars from all over the world. Rohit loves his SUV very much and in such a situation, he keeps an eye on the great SUVs available in the market.