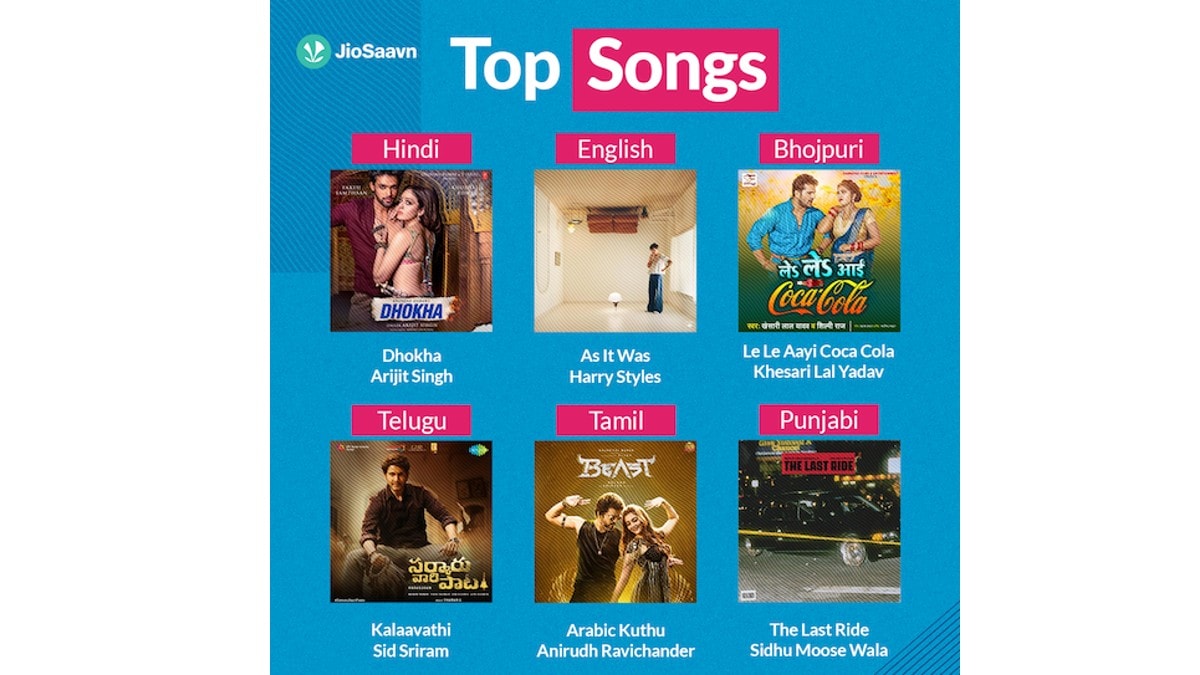 The year 2022 is about to end. This year has been full of ups and downs for the world of entertainment. Many big films were bombed at the box office, while a film like Kantara with a budget of only 16 crores made flags by earning 400 crores. Now audio streaming service JioSaavn has shared some interesting statistics. Told what kind of music users preferred throughout the year. Which song topped the chart? this data
Prepared by analyzing JioSaavn’s data between December 2021 and November 2022.

It has been reported that people streamed their favorite content maximum on JiyaSaavn between 10 am and 2 pm. Maximum content was streamed on Saturday ie weekend. The most popular genres included Bollywood, duets, desi-indie, Telugu films and devotionals.

Jio Saavn has reported that Arijit Singh’s Dhokha has topped the Hindi charts. While Harry Styles’ As It Was topped the English chartbuster playlist. Like ‘Kesariya’, ‘Maiyya Mainu’, ‘Kuch Baatein’ and ‘Tumse Pyaar Karke’ Hindi The songs were also listened to fiercely. The songs ‘Voodoo’ and ‘You’ by Badshah and Armaan Malik entered the Top 5 of the English Chartbusters Playlist.

Sidhu Musewala dominated the Punjabi music list. His songs ‘Levels’ and ‘The Last Ride’ were chart busting songs. Talking about other Punjabi artists, AP Dhillon, Gurnam Bhullar, Shubh and B. Praak’s songs remained in the top.

Talking about Haryanvi music, in the year 2022, GD Kaur and Masoom Sharma made people dance with songs like ‘Chand’ and ‘Gypsy’. These songs were heard a lot on JioSaavn. Khesari Lal Yadav’s ‘Le Le Aayi Coca Cola’ and ‘Nathuniya’ made a splash in Bhojpuri music. JioSaavn said that people also listen to the Popular Weekly Charts a lot, due to which songs like ‘Kesariya’, ‘Dhokha’, Calm Down and ‘You’ became the most popular JioTunes.