Dhansu smartphones from Poco to OnePlus will be launched this week! Here is the complete list… 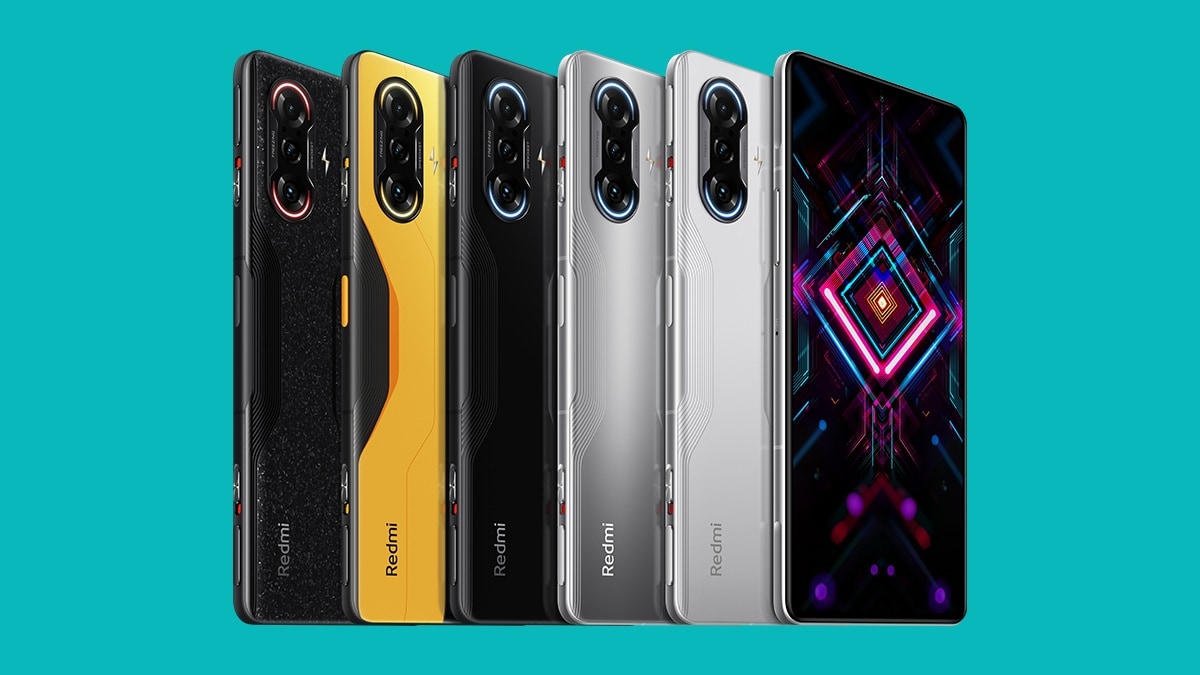 Many smartphones are going to be launched in the coming week. These include many mid-range and budget smartphones from Redmi K50 Gaming Edition to Infinix Zero 5G. Here we are telling you the launch details and specifications of these smartphones so that you do not miss the launch of your favorite smartphone.

Redmi fans are eagerly waiting for this phone. Snapdragon 8 Gen 1 processor has been given in the phone. This will be the first smartphone of the brand with this processor. The company is going to launch this phone in China on February 16 at 6 pm (CST). Its launch event can be seen live on Chinese social media platforms such as Weibo. The phone has a 6.67-inch 120Hz OLED display. It has a 64MP + 13MP + 2MP triple camera setup and a 16MP camera for selfie. The phone will also have features like dual stereo speakers and vibration motor. It is also said to house a 4,700mAh battery and 120W fast charging support.

Realme 9 Pro can have a 6.59-inch IPS LCD FullHD Plus display, which can have a refresh rate of 120 Hz. The setup of 64MP + 8MP + 2MP can be seen in the triple camera in the phone. It will have Snapdragon 695 processor and the base variant can come with 4 GB RAM and 128 GB storage.

A 6.43-inch AMOLED FullHD Plus display can be found in Realme 9 Pro + and a 16-megapixel selfie camera can be found. It is being said that the phone will have a triple camera setup of 50MP + 8MP + 2MP. This phone can be equipped with MediaTek Dimensity 920 chip. The phone will have a 4,500mAh battery with support for 65W fast charging.

The Redmi 7 Series will launch in China on February 17. Its launch event will start at 3 pm (CST). REDMAGIC 7 and REDMAGIC 7 Pro will be launched in the series. Apart from this, a different variant can also be launched with an under-display camera.

The phone is said to have a 6.8-inch FullHD+ display. It will be equipped with Snapdragon 8 Gen 1 processor. It has a 64 megapixel camera. The battery capacity will be 4,500mAh with which 165W fast charging support can also be seen.

OnePlus is going to launch OnePlus Nord CE 2 on February 17 as its latest smartphone. The launch event can be watched live stream on the company’s official YouTube channel from 7 pm onwards.

It will have MediaTek Dimension 900 processor and will have triple camera setup. The main lens in the camera setup is said to be 64 megapixels. Apart from this, there can be an 8-megapixel ultrawide angle lens and a 2-megapixel macro shooter. The selfie camera will be of 16MP. The phone can come in 6 GB RAM with 128 GB storage and 8 GB RAM with 128 GB storage variants.

OnePlus Nord CE 2 is said to feature a 6.4-inch FullHD+ AMOLED display. A refresh rate of 90 Hz can be seen in the display. Also, the fingerprint scanner can also be seen inside the display itself.

Poco M4 Pro 5G is going to be launched in India on February 15. The launch event will start at 12 noon which can be seen in the live stream on the company’s official YouTube channel. The phone has a 6.6-inch FullHD+ display and is powered by MediaTek Dimensity 810 chipset. It has a 50 megapixel main camera and 8 megapixel ultrawide camera. There is a 16-megapixel camera for selfie and the battery is 5,000mAh. The phone will be with 33W fast charging support.

Asus ROG Phone 5S series is going to be launched in India on February 15, in which Asus ROG Phone 5S and Asus ROG Phone 5S Pro will be launched. These handsets of the series will have Qualcomm Snapdragon 888+ processor and will have 6.78-inch FullHD Plus AMOLED display. The refresh rate will be of 144 Hz. The device will be equipped with a 64 megapixel main camera along with a 13 megapixel ultrawide camera and a 5 megapixel macro camera. For selfie, it will get 24 megapixel camera. The phone will also have a massive 6,000mAh battery and support for 65W fast charging.

Infinix Zero 5G is going to launch in India on February 14. This phone has already been launched in Nigeria. The design of the phone is similar to the Oppo Find X 3 series. It is a midrange smartphone with a 6.78-inch 120Hz display. MediaTek Dimensity 900 chipset has been given in the phone. It will have a triple camera setup with a main lens of 48 megapixels and will support 13 megapixels and two more cameras of 2 megapixels. There will be a 16-megapixel selfie sensor in the phone. Its battery capacity will be 5,000mAh with 33W fast charging support.