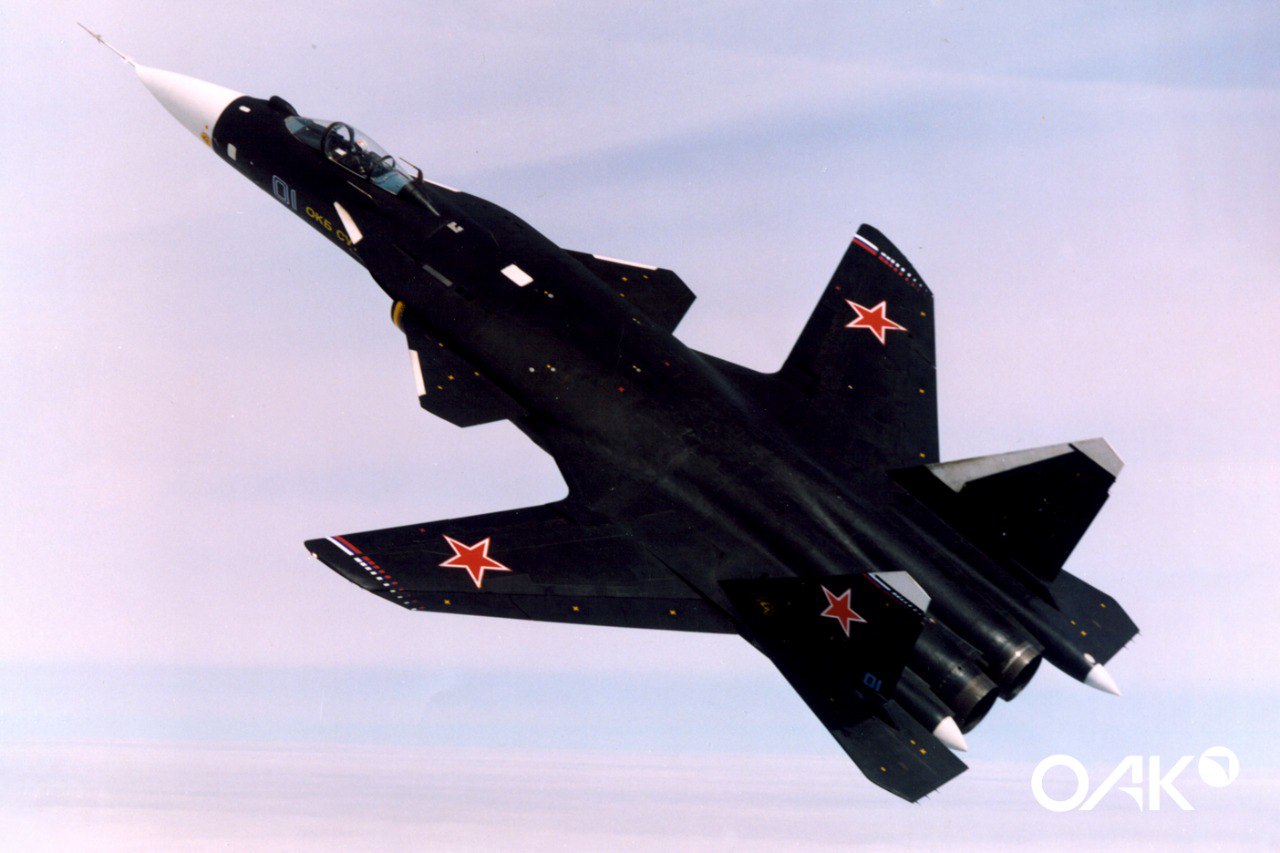 As stated in the TASS article “The Black Wing of the Berkut”: how the Su-47 fighter was created, information for which was provided by Rostec, “the colossal knowledge about the reverse-swept wing made of composite materials obtained from the tests of the Berkut is used to create unmanned aerial vehicles and civil aircraft.

The swept-back wing has less inductive drag, which increases the aircraft’s take-off and landing characteristics, maneuverability, and subsonic flight range. But creating such a wing is a difficult task, when certain flight speeds are reached, the entire structure can be destroyed. The use of composite materials made it possible to achieve high rigidity characteristics. Obninsk research and production enterprise Tekhnologiya (part of Rostec) was instructed to manufacture panels for the reverse swept wing for the Berkut. The panels used a new material developed by VIAM, which was not inferior in its characteristics to the best in the 1980s. world samples of carbon fiber.

It was a difficult time. Factories were closed, the situation was generally difficult. And we received an order for the manufacture of a swept back wing for the Su-47. This is a colossal experience that served as a breakthrough not only for aviation, but also for our production. A method of automated laying out of products for aviation equipment was introduced, materials were brought to a high quality, and it was an excellent practice for the workers.

On the Su-47 “Berkut” fighter, it was possible to introduce a number of new design and technical solutions that were not previously used on aircraft of this class: the implementation of a large degree of longitudinal static instability, the use of large-sized milled panels of double curvature in the design and composite materials in the loaded structural elements of the airframe etc.