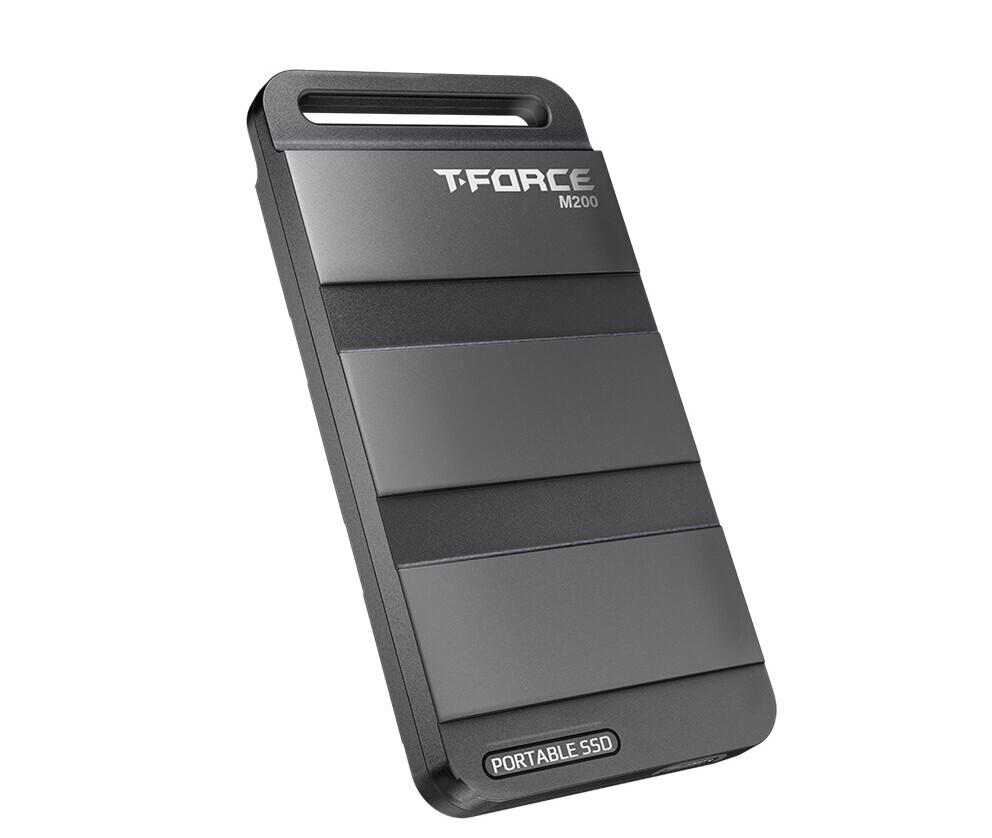 Along with the processor Siren GD240E liquid cooling system Team Group has unveiled the M200 portable solid state drive under the T-Force brand. In Japan, he won the 2021 design award. According to the manufacturer, the designers of the M200 drew inspiration from the appearance of the sniper rifle of the same name. In particular, the stripes on the case are intended to evoke associations with picatinny rail… But they are made not only for the sake of a spectacular appearance. This is said to improve cooling. In addition, the case protects the drive from damage. The description says that the device can withstand falls from a height of up to 2 m.