Delivery of BYD Ato 3 stopped in this country, due to lack of safety 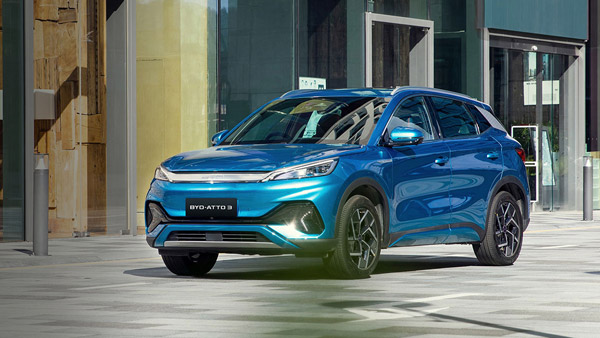 BYD Eto3 has violated Australia’s Vehicles Rules and is yet to be resolved. In such a situation, the company has stopped its delivery. The child seat rope is not provided in the rear middle seat in this electric SUV. Its information has then come to the fore that the ANCAP has stopped the 5-star safety rating given to it and the officials there are going to investigate it.

The company has written in a letter to the customers that it regrets to inform that the delivery of BYD Eto 3 is stopped for seven days with effect from October 21, 2022. Along with this, the company has informed that the reason for this is that the rear middle row seat has been kept for using the child seat. Because of this, it can be difficult to place the child seat correctly.

The BYD Eto 3 electric SUV has been introduced in India. BYD Ato 3 can be booked in India by paying an advance amount of Rs.50,000. At the same time, the company plans to deliver 500 units by January 2023. The company is going to import this electric SUV in India and it will be assembled at its plant in Chennai.

The company is targeting to sell 15,000 units by next year. The BYD Eto 3 has received a 5-star rating in the Euro NCAP crash test. Although its left hand model has been tested but this result will be applicable for the right hand model as well. The company is just about to assemble but according to the demand, the company can consider local production of BYD Eto 3.

In terms of safety ratings, the BYD Eto 3 has got a 5-star safety rating in crash tests. Even though its European model has been tested but the same will be applicable for the model sold in India as it will be imported in India. It is the first fully electric car sold in India to receive a 5-star rating.

The electric SUV has received worldwide praise for its safety but an incident like this could spoil the BYD Eto 3’s name. Now it has to be seen how soon the company can solve this problem.