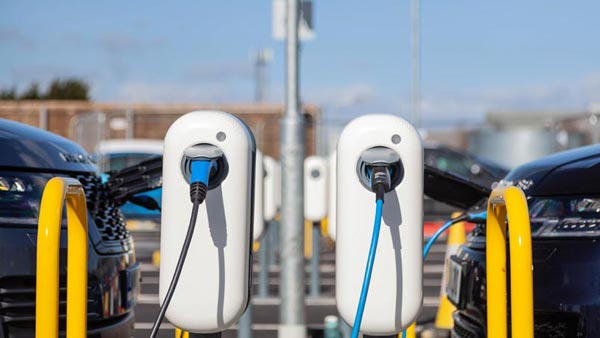 Under the facility, a second private EV charger was installed in East Delhi’s Vivek Vihar. The single-window facility, launched last November, aims to facilitate the rapid expansion of charging infrastructure in private and semi-public spaces such as apartments, group housing societies, hospitals, malls and theaters in the city.

The city’s transport department has empaneled twelve vendors for setting up charging points. Through the single-window facility, the government will be able to set up and operate the charging stations within working days of just seven days from the date of submission of application.

To promote and expand the private charging network, the government is providing a one-time subsidy of Rs 6,000 for the first 30,000 charging points in the city. EV chargers can be purchased by consumers from empaneled vendors through a single-window portal as per capex or subscription model.

Under the capex model, consumers pay in full to the empaneled seller. Under the subscription model, the total cost to the seller is paid by the consumer in the form of equated monthly installments over three years after which the charger is transferred to him.

Let us tell you that Tata Power and Apollo Tires have also partnered in this episode, under which both the companies will set up EV charging infrastructure across India. You will find such charging stations in the commercial and passenger vehicle zones of Apollo Tires.

Tata Power has already installed DC001, AC, Type 2 and fast DC chargers up to 50 kWh in the country. It has an expansive charging infrastructure with over 1,000 charging points in 200 cities under the EZ Charge brand. This classification of chargers will help power two and four wheelers depending on the electric vehicle owner.

As part of the partnership, Tata Power will deploy charging stations at 150 retail outlets located in the commercial and passenger vehicle segments of Apollo Tires. It will be open throughout the year not only for the customers visiting these outlets but also for the general public.

In line with its commitment to Green Mobility and #DoGreen, Tata Power, one of India’s largest integrated power companies and Apollo Tires Ltd, a leading tire manufacturer in India, announced a strategic partnership to deploy public charging stations across India Is.