Deal for the ruble. Renault will transfer its share in the capital of AvtoVAZ to NAMI, and the Moscow Avtoframos plant will be transferred to the Moscow government 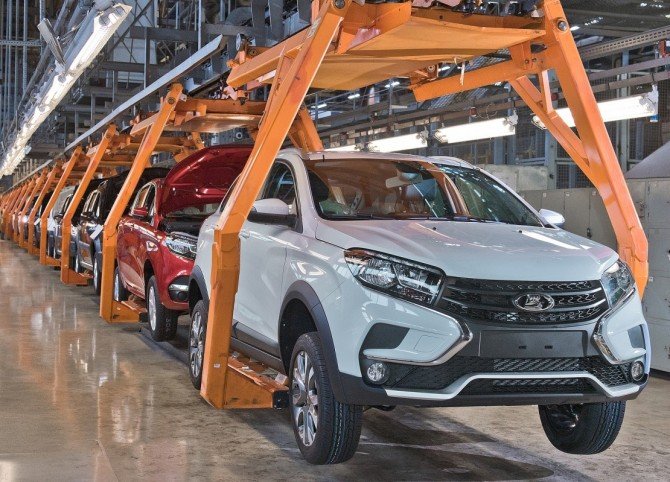 Finally, it became clear who will get Renault’s share in AvtoVAZ and who will take over the Moscow Renault plant. This was announced by the head of the Ministry of Industry and Trade of the Russian Federation Denis Manturov.

According to the minister, a 68 percent stake in AvtoVAZ will most likely go to NAMI, while the Moscow plant Avtoframos will go to the Moscow government. “Of those who are in discussion with us about their care, so far it is Renault. Indeed, because of a shortage of funds to maintain the efficiency or activities of its divisions in Russia, Renault decides to transfer the shares of AvtoVAZ and Avtoframos. “Autoframosa” – Moscow as a subject. As for AvtoVAZ, most likely it will be US, our specialized institute, which will take over these shares with a possible return if colleagues decide to return., – said Denis Manturov. “It is expected that this will be, conditionally, a deal “for the ruble,” he added.

Denis Manturov notes that the French company will have the right to buy out its stake in AvtoVAZ. “Yes [уходят]but with an option for five or six years – the period during which they can decide to buy back the shares. And if we make investments during this period, this will also be taken into account in the cost. There will be no gifts here.”– he said.

Denis Manturov noted that the leadership of AvtoVAZ will be appointed by NAMI together with the second co-owner – Rostec.

According to the minister, the Renault plant in Moscow will not be mothballed, it is planned to produce other cars, possibly Lada. “Not. Other cars will be produced. Such an option [выпуска машины “АвтоВАЗа”] may be”– he answered the question about the possible stop of the site.

“Buying, let alone nationalizing, is not part of our plans. But if a company doesn’t have the ability to supply components today, we can’t wait forever. We will be forced to find an alternative. This will apply to all automakers who will delay the decision.”the minister stressed.

Denis Manturov said that there were no negotiations on the transfer of a stake in AvtoVAZ with Chinese or other foreign companies. “There were no such discussions”he commented on statements about the possibility of a buyout by Chinese companies.