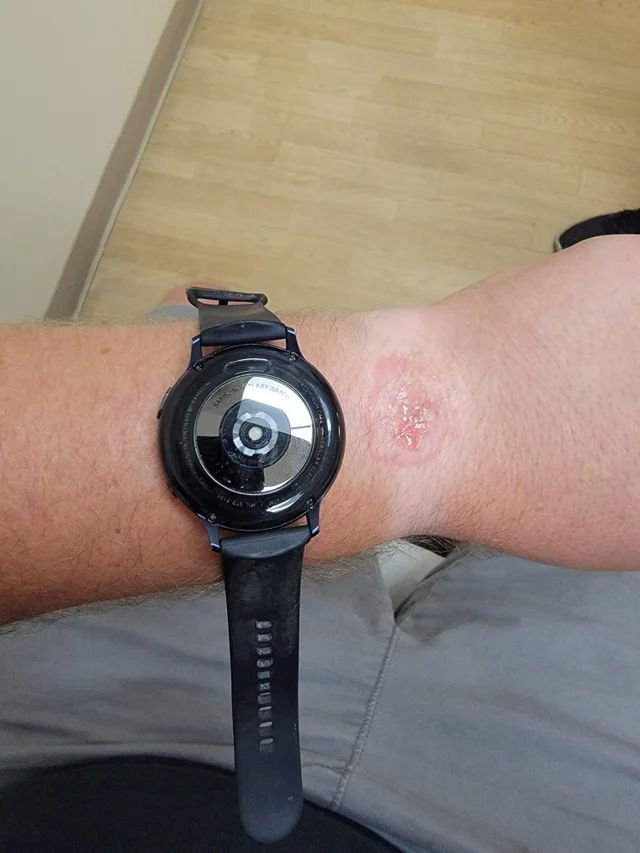 Reddit user TheMattsterOfSelf said that the Samsung Galaxy Watch burned him while wearing it. He also posted a photo to the r/WellThatSucks community.

Typically, many people wear such watches without taking them off to track sleep readings and various aspects of physical activity. It was at night that TheMattsterOfSelf got injured. According to him, the back wall of the watch began to heat up and burned him.

This is not the first such case with smartwatches and fitness bracelets. Also, this is not the first case with the Galaxy Watch. There have been reports in the past that some users are experiencing rashes or burns under the strap and under the case. Note that at the end of August, lawyers completed an investigation into user complaints, this may become the basis for a class action lawsuit against Samsung.

And in March, Fitbit recalled millions of Fitbit Ionic smartwatches, whose users also complained of burns. It turned out that the model has problems with batteries. Their damage or short circuit led to uncontrolled heating. As a result, a lawsuit was filed against Fitbit in May, this concerned the Fitbit Versa Light and Fitbit Versa 2 watches.

Earlier it was reported that the smartphone exploded and killed a woman in India.