Dangerous pool found 1.7 km below the sea, swimming in it will die 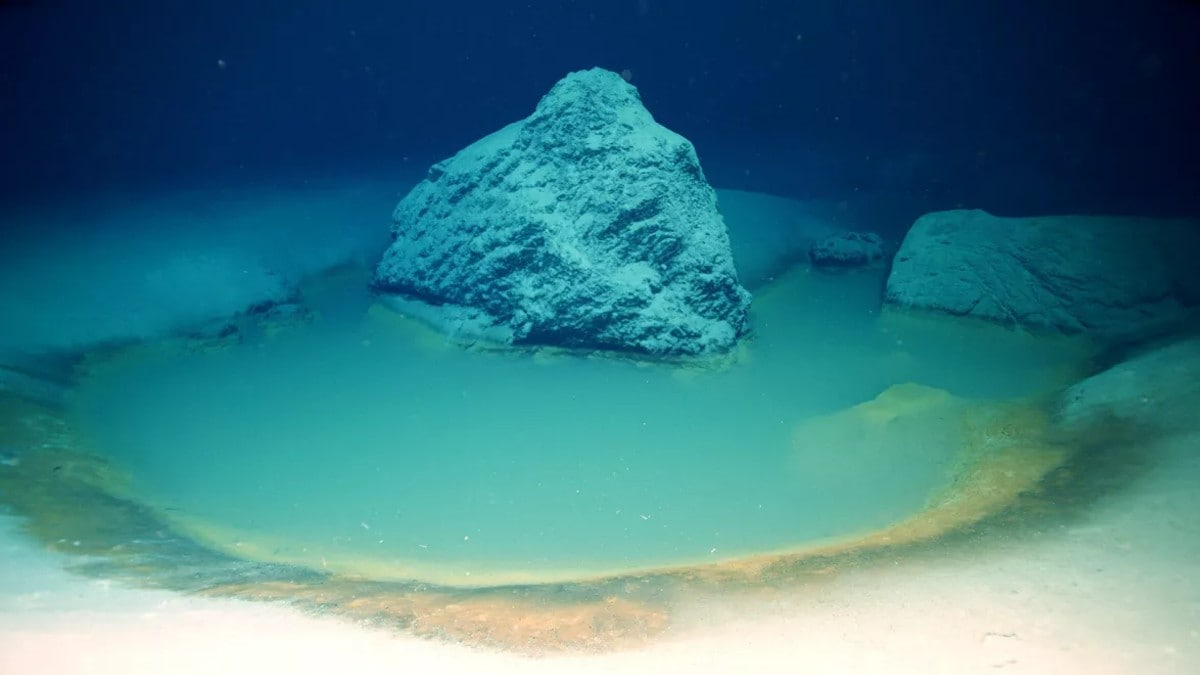 There are many such places full of mystery in our earth, which are yet to be discovered. Scientists discovered the Bermuda Triangle years ago. A place where any object disappears while passing. This time in a new discovery, scientists have reached a pool, in which swimming means going to death. Scientists from the University of Miami have discovered a deadly pool at the bottom of the Red Sea. It is being called the ‘pool of death’. It is said that everything that floats in this pool ends. Scientists used a remotely operated vehicle to reach this pool, which was discovered about 1.7 km below the surface in the sea.

Researchers have told that the bridge present at such a depth in the sea is like a depression. This 10-feet long pool is filled with a lot of salt water and chemicals. The water here is more saline than the rest of the Red Sea. Researchers say that this pool can kill the animals reaching it.

Live Science In a conversation with, lead researcher Sam Purkis said that this pool has such an environment, which is nowhere else on Earth. Any animal reaches here, it immediately becomes unconscious. The reason for this is that the water is too saline, it has negligible oxygen and the presence of chemicals in the water.

However, some creatures also hunt other creatures by hiding around this water. These include shrimp and eels, which lurk around the pool. Sam Purkis has said that the discovery of such a pool could help scientists to find out how oceans formed on our planet. He told that there are a large number of microbes in the salt water pool which are full of diversity.

Sam Purkis said that until we understand the limits of life on Earth, it will be difficult to determine whether life can exist on other planets. At the same time, according to the New York Post, this is not the first brine pool to be discovered by scientists. Dozens of such pools have been discovered in the Red Sea, the Mediterranean Sea and the Gulf of Mexico in the past 30 years.