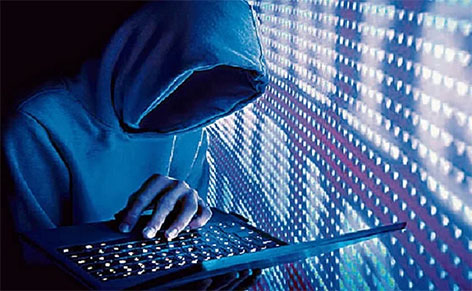 How to prevent Cyber Attack: How to stop the attack of a watering hole. Update your software and reduce the risk of an attacker exploiting vulnerabilities. Be sure to check the security patch regularly. Use your network security devices to detect watering hole attacks.

India face over 18 mn cyber threats in 2022: Cyber attacks can be done once again in the country by terrorists. Many of which have been received by Strong input intelligence investigation agencies. Let me tell you that the high-ranking sources associated with the government said that due to this danger, security hygiene will be taken care of in the new cyber policy in the country. According to information from sources, a data exchange highway will be created, adding virtual to all departments and units.

All departments will have certified data which will be connected to this exchange highway netwerk as well as the responsibility of the departments and their officers. As soon as this exchange becomes a highway netwerk, then it will not be easy to hack the data. Along with making cyber security policy, the government has ensured that no data is hacked under any circumstances. Data exchange highway will be built for this. Through this, the data will be secured so that no one can take advantage of it wrongly.

Let me tell you that this will also ensure that one data cannot be used incorrectly elsewhere. Highly placed sources associated with the government said that security hygiene has been taken care of in the new cyber policy. Pakistan and other anti-country forces are engaged in some new conspiracies every day. In such a situation, all government departments from the new exchange highway network will be completely safe regarding data hacking.

What is cyber attack?

When an unauthorized system or network is accessed by a third party, we call it a cyber attack. A person carrying out a cyber attack is called a hacker or data attacker. When an attack occurs it can cause data breach, which can lead to data loss i.e. data manipulation. Large organizations have to bear financial losses and loss of reputation i.e. social image with breakdown of customer confidence.

types of Cyber attack : We will now closely investigate the top 10 cyber attacks of hacking that can be harmed by an individual, institution or business house.

1. Malware Attack ( Malware Attack ) – It is one of the most common types of cyber attacks. ‘Malware’ refers to malicious software viruses including worms, spyware, ransomware, adware and Trojans. Trojan virus disguises itself as legitimate software. Ransomware blocks access to key components of the network, while spyware is software that steals all your confidential data without your knowledge. Adware is software that displays advertising material such as banners on a user’s screen. Malware violates a network through a vulnerability. When the user clicks on a dangerous link, he downloads an email attachment or when an infected pen drive is used.

How can you stop a malware attack?

Use antivirus software. This can protect your computer from malware or use a firewall. The firewall filters the traffic entering your device. Windows and Mac OS X have their default built-in firewalls, named Windows Firewall and Mac Firewall.

2. Fishing Attack ( Fishing Attack ) – Phishing attacks are one of the most prominent widespread types of cyber attack. It is a type of social engineering attack in which an attacker pretends to be a reliable contact and sends fake mail to the victim. Unaware of this, the victim opens the mail and clicks on the Malishas link or opens the mail attachment. By doing this, attackers gain access to confidential information and account certificates. They can also install malware through phishing attacks.

Now tell us how phishing attacks can be stopped. Check the email you receive. Most phishing emails contain significant errors such as spelling mistakes and format changes from legitimate sources. Use anti-fishing toolbar. Update your password regularly.

3. Password Attack ( Password Attack ) – It is a form of attack in which a hacker cracks your password and other information with password cracking tools such as Aircrack, Can, Abel, John the Ripper, Hashcat, etc. There are various types of password attacks such as brute force attacks, dictionary attacks and keylogger attacks.

Now tells you how to stop it. Use strong alphanumeric passwords with special characters. Avoid using the same password for multiple websites or accounts. Keep updating your password, this will limit the risk of your password attack. Do not keep any password prompt in the open.

Now tell you that MITM attacks can be prevented by taking some things into consideration. Like be aware of the security of the website you are using. Use encryption on your devices. Avoid using public Wi-Fi network.

5. SQL injection attack – A structured query language (SQL) Injection attack occurs on a database-driven website when the hacker manipulates a standard SQL query. This is done by injecting a malicious code into a weak website search box. Whereby the server reveals important information. This results in the attacker being able to view, edit and delete tables in the database. Through this, attackers can also gain administrative rights.

This is for SQL injection to stop the attack. Use an intrusion detection system as it is, because they design it to detect unauthorized access to a network. Verify user provided data. With a verification process, it keeps user input in check.

6. Denial-of-Service attack ( Daniel-of-service attack ) – Daniel-of-service attacks are a significant threat to companies. Here, attackers target systems, servers, or networks and fill them with traffic to eliminate their resources and bandwidth. When this happens, meeting incoming requests becomes heavy for servers, As a result, this hosting website either closes or slows down. This leaves legitimate service requests neglected. It is also known as DDoS ( Distributed Denial-of-Service ) attack when attackers use multiple compromise systems to launch this attack.

How to stop DDoS attack?

Now let’s learn how to stop the DDoS attack. Run traffic analysis to identify malicious traffic. Understand warning signs such as network slowdown, intermittent website shutdown etc. At such times, the organization should take necessary steps without delay. Prepare an event response plan, create a checklist and ensure that your team and data center can handle the DDoS attack. Outsource DDoS prevention to cloud-based service providers.

Let us tell you what to do to stop such insider attack now. Organizations should have a good culture of security awareness. Companies should limit IT resources that employees can access based on their job roles. Organizations should train employees to identify insider threats. This will help employees understand when a hacker has manipulated or is attempting to misuse the organization’s data.

8. CryptoJacking ( Cryptojacking ) – The term cryptojacking is closely related to cryptocurrency. Cryptojacking occurs when an attacker accesses someone else’s computer for cryptocurrency mining. Access is gained by infecting a website or manipulating the victim to click on a malicious link. They also use online advertisements with JavaScript code for this. Victims are unaware that because the crypto mining code works in the background, execution delays are the only indication they can see.

Cryptojacking can be prevented if you take care of certain things. Update your software and all security apps as cryptojacking can infect the most vulnerable systems. Take cryptojacking awareness training for employees, this will help them detect crypotjacking threats. Install ad blockers because advertisements are the primary source of cryptojacking scripts. There are also extensions such as MinorBlock, which are used to identify and block crypto mining scripts.

Now what is the solution. Organizations should have well-communicated patch management procedures. Use management solutions to automate processes. Thus it avoids deployment delays.
Create an event response plan to help you deal with a cyber attack. Keep a strategy focusing on zero-day attacks. By doing so the damage can be reduced or completely avoided.

10. Watering hole attack ( Watering hole attack ) – Here the victim is a special group of organizations, regions etc. In such an attack, the attacker targets websites that are often used by the target group. Websites are identified either by closely monitoring the group or by guessing. Attackers then infect these websites with malware, which infects the victims’ system. In such an attack, malware targets the user’s personal information. It is also possible for hackers to take remote access to infected computers.

Let us now know how we can stop the attack of the watering hole. Update your software and reduce the risk of an attacker exploiting vulnerabilities. Be sure to check the security patch regularly. Use your network security devices to detect watering hole attacks. The intrusion prevention system (IPS) works well when it comes to detecting such suspicious activities. To prevent the attack of a watering hole, it is advisable to hide your online activities.

For this, use VPN ( VPN) and also use the private browsing feature of your browser. A VPN provides a secure connection to another network over the Internet. It acts as a shield for your browsing activity. NordVPN is a good example of VPN. So in this way you understood that such cyber attacks can increase in the near future, whose government is very concerned.