Customers of MG ZS EV are getting free charging, know how long the offer is 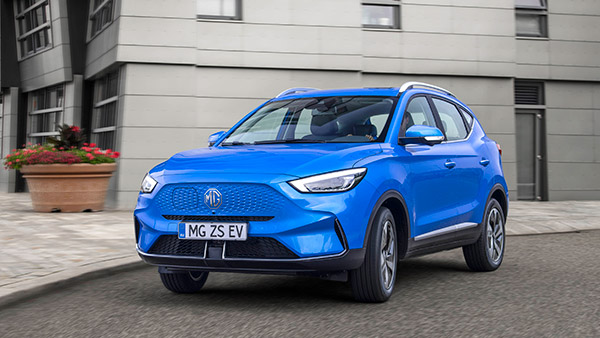 The company has also stated that this offer is valid only on chargers that are compatible with the CSC charging standard. The company said that the charging charges for new and old customers of ZS EV on the MG application will come to zero. However, from April 1, 2022, the normal rates of charging will be applicable.

The MG ZS EV is the company’s first full electric car in India. The company has sold over 4,000 units since its launch in India. Now the company is now preparing to bring its new model, which can be launched very soon. Photos of the new ZS EV have been released ahead of the launch.

Although, no information has been shared about the launch date, but it is estimated that it will be launched in India in this month or early March 2022.

The company has taken full care of the comfort of the passengers in the 2022 ZS EV. In a notification released by the company, it has been told that the new ZS EV electric SUV will come with better passenger comfort and luxury features than before. The company has also released pictures of new features added to the car.

According to the information, best-in-class rear seat comfort features have been given in the 2022 ZS EV. This includes the rear seat center arm rest, cup holder and headrest. Apart from this, the car also gets rear air conditioning vents for the rear passengers.

The 2022 MG ZS EV has been introduced with a completely new design. It has a covered front grille and a charging socket on the left side of the front logo. The car gets a redesigned sunroof, 17-inch alloy wheels, redesigned front and rear bumpers and redesigned tail lights. Other cosmetic updates include integrated sleek LED projector headlamps with LED daytime running lights and black side body cladding.

MG has already announced the prices of the new ZS EV in the UK, which is £28,190 (Rs 28.48 lakh) and is available in six different trim options. When launched in India, the new MG ZS EV will compete with the Tata Nexon EV and Hyundai Kona EV.