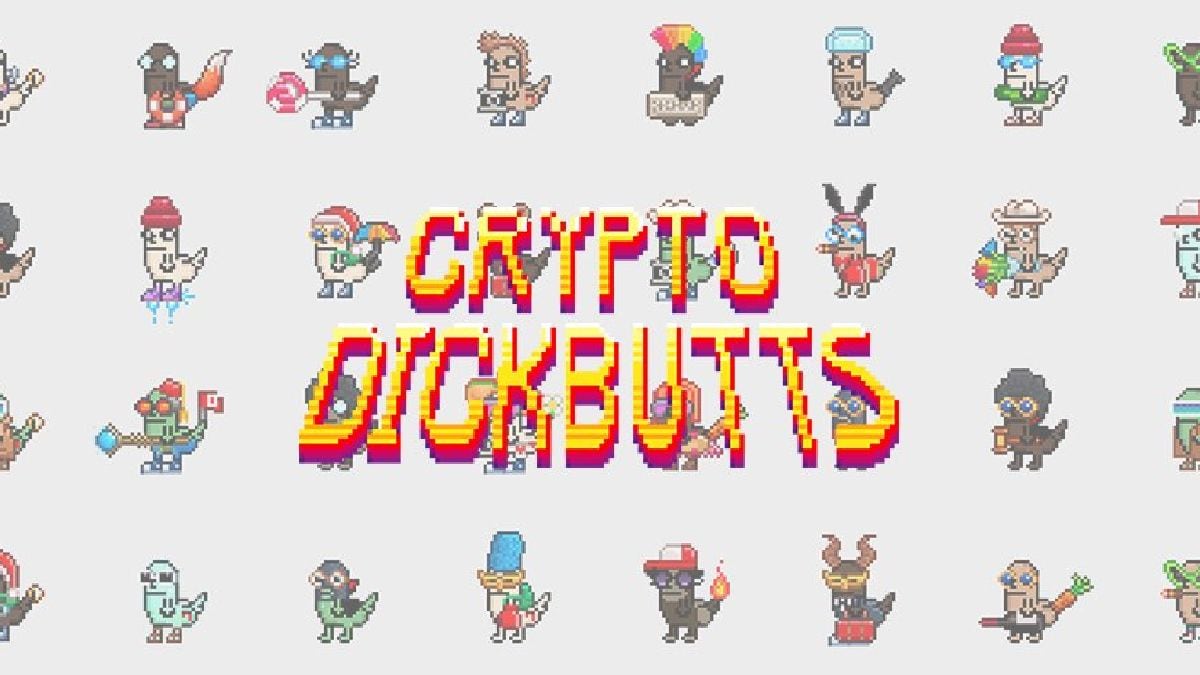 There has been a tremendous jump in the price of CryptoDickbutts NFT. CryptoDickbutts is a collection of Ethereum non-fungible tokens based on the popular meme culture. It was created in 2006 by comic book artist KC Green. There has been a big jump in the price of this NFT on OpenSea. The daily trading volume of this NFT collection has increased by 769%. Its price has reached 907 ETH i.e. around 12.89 lakh rupees. Dickbutts then climbed to the top spot in the rankings, leaving behind some popular NFTs such as NFTiff, CryptoPunks and Bored Ape Yacht Club (BAYC).

Dickbutts released the collection of 161 NFTs in March 2021. After that it was named OG Collection. In August 2021, 5,200 NFTs were continuously launched under Series 3. It was initially started as a joke but after that it became a popular NFT worth holding, especially for CryptoPunk holders. The cheapest CryptoDickbutt from Series 3 is selling at 3.99 Ethereum which is priced at Rs 5.6 Lakh.

By floor price, CryptoDickbutts is the number 26 project. But the rise in its price reflects an enthusiasm and demand in the community, which is influenced by the mime culture. Some NFTs started to fade shortly after the start of trending. But in this respect CryptoDickbutts has performed differently from the rest.

No roadmap has been set for the project and it is powered by the CryptoDickbutt DAO. With which names like Steve Aoki, Blondish and ProbCause are also associated. However, nothing can be said with certainty about the reason for such a huge jump in its price. But, Twitter user Meltem Demirors, who has 2.5 lakh followers, is believed to be the reason for this surge.