Cryptocurrency Rate: Slight rise in the price of Bitcoin, Ethereum, know the condition of other cryptocurrencies 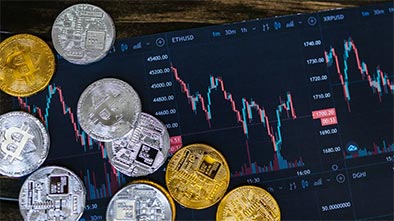 Looking at the latest rates of bitcoin, it has come to the rate of $ 16,847.69 per coin and a gain of 0.42 percent has been registered in its one day trade. However, if we look at the level of the last 7 days, then there has been a decline of 5.25 percent in this cryptocurrency in a total of one week.

Talking about the rates of Ethereum, it is running at $1211.91 per token and has seen a strength of 0.30 percent in its one day trade. However, in one week’s trade, a huge decline of 8.22 percent has been recorded in it.

BNB cryptocurrency is seeing a rate of $ 248.82 per dollar and has gained 0.03 percent since the previous day. In the last one week, this cryptocurrency has shown a tremendous jump of 9.50 percent.

what is the price of cryptocurrencies in india

Bitcoin prices in India are showing a rapid rise today and have climbed 0.52 percent in a day to reach Rs 1,390,781.55 per coin. This cryptocurrency has remained with a strong decline of 6.7 percent in a week. Just as the prices of bitcoin are falling in the global market, in the same way its prices are falling in India too.

Ethereum price drops in a week

Today, the price of Ethereum in India is less than one lakh rupees and it is at the rate of Rs 99,938.85 per coin. There is also a rise of 1.30 percent in the rate of cryptocurrency in a day, but a decline of 9.73 percent has been seen in a week.

Almost similar trading is being seen in the rates of Tether, USD Coin and they are running at the rate of Rs.82.71 and Rs.82.69 respectively. A decline of 1.39 percent in Tether and 1.41 percent in USD coin has been registered.

If you look at the price of BNB, it is running above Rs 20,509.94 per coin. In the last one week, this cryptocurrency has lost 11 percent.