Cryptocurrency Prices: Bitcoin reaches its lowest price in a month, another currency also has a big drop 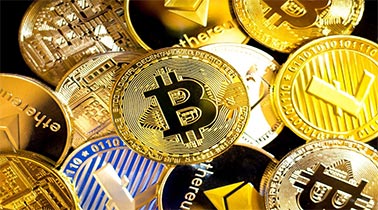 Other digital tokens have also seen a decline. Avalanche, Cardano, Solana, Terra, Polkadot, XRP, Stellar Uniswap, Polygon and Litecoin have seen losses of 5 to 8 percent during the last 24 hours.

Let us tell you that RBI Deputy Governor T Rabi Shankar said in a webinar a few days ago that Central Bank Digital Currency (CBDC) can replace cash-based transactions to some extent in India. Shankar had said that in the last five years, where digital payments have grown in India at an average annual growth rate of around 50 per cent. At the same time, the supply of currency has almost doubled.

Apart from this, the government had listed the Cryptocurrency and Regulation of Official Digital Currency Bill, 2021 to be introduced in the winter session of Parliament. It was also listed for the first budget session, but it could not be presented, as the government had decided to work on it again.

Let us tell you that cryptocurrencies have emerged as a popular option among people as an investment in the recent times. Especially, a large number of youth are investing money in this.