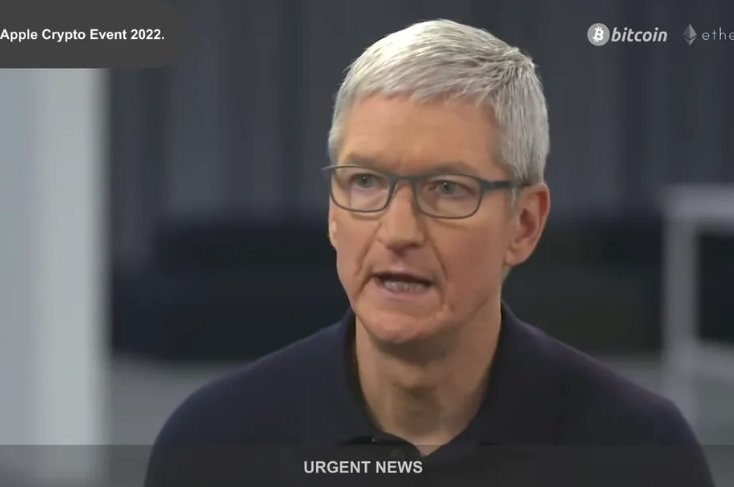 Yesterday, September 7, Apple spent a presentation where she presented her new products, including the iPhone 14 line of smartphones, new Apple Watch models, etc. Cryptocurrency scammers took advantage of this: they simultaneously launched their broadcasts on YouTube, passing them off as an Apple event. For example, a fake video called “Apple Event Live. CEO of Apple Tim Cook: Apple & Metaverse in 2022″ actually showed an old Tim Cook interview filmed by CNN in 2018. The Bitcoin and Ethereum logos were added to it, as well as a link to a suspicious crypto site, which, of course, is not has nothing to do with Apple.

According to The Verge, this fake broadcast ran in parallel with the presentation of Apple, at first about 16 thousand people connected to it, but then their number grew to 70 thousand. Another fake live stream was on a channel called “Apple Inc”, which was promoted as an event featuring Tim Cook and Elon Musk about Apple and the Metaverse, but actually showed an interview about Bitcoin with Musk and former Twitter CEO Jack Dorsey. It was viewed by about 10 thousand people, and it also contained a link to a dubious site about cryptocurrencies. Apparently, these screenings were designed for viewers who heard that Apple was preparing a big announcement, but did not know what exactly it would be about, so they watched fake broadcasts. These videos have now been removed from YouTube.