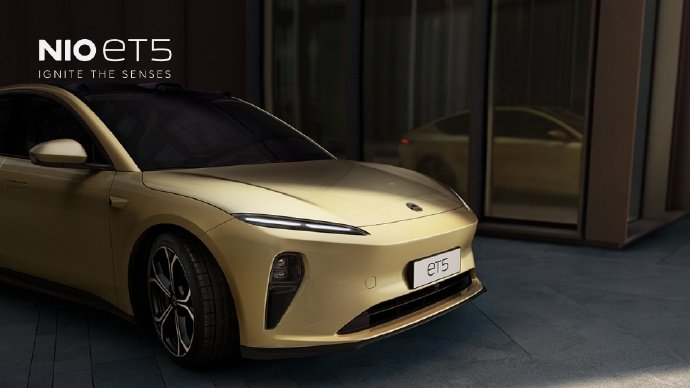 Today in China, the Nio ET5 electric car officially debuted – the younger brother of the previously presented ET7 model. If ET7 is positioned as a competitor to Tesla Model S, then ET5 will compete with Tesla Model 3. Moreover, both the manufacturer itself and the local media speaks about this.

Externally ET5 is similar to ET7. An electric car is similar to a liftback, but the similarity is purely visual: in reality, it is a sedan. The dimensions of the car are 4790 x 1960 x 1499 mm, the wheelbase is 2888. So it should be quite spacious inside.

The car was developed with an eye on five stars in the C-NCAP and Euro NCAP safety tests – high-strength steels are widely used in the construction. Also, the creators note a low center of gravity – 48.26 cm.

The interior, like that of Tesla, is made in the spirit of minimalism, with two screens in front: one in the instrument cluster, the other in the multimedia and entertainment system. The speaker system produces 7.1.4 sound, has 23 speakers and supports Dolby Atmos technology. The developers promised to support 19 functions and technologies for driving assistance.

Prices have already been announced. The cost of the basic version of Nio ET5 is $ 51,450, the top-end version is $ 60,545. But this is without taking into account local subsidies. The company also offers a kind of subscription to a battery (BaaS – battery as a service). In this case, the ET5 costs $ 40,470 and the monthly traction battery charge is $ 155 (75 kWh) or $ 235 (100 kWh). The first commercial Nio ET5s are scheduled to ship in September next year.