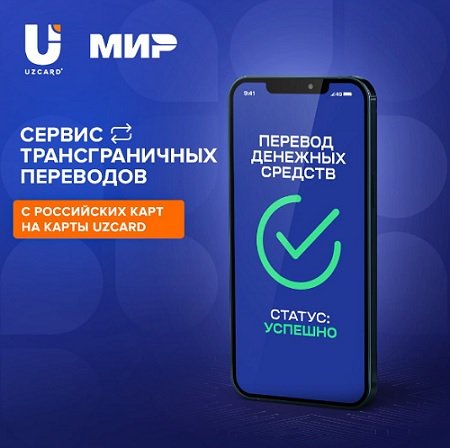 The press service of the interbank payment system Uzcard in Uzbekistan announced the resumption of the service of cross-border transfers from Mir bank cards issued in Russia. Users can make money transfers from card to card using mobile applications of Russian banks. The transfer is credited to Uzcard cards instantly, the transfer is sent in rubles and credited to the recipient’s account in Uzbekistan in the national currency. To do this, in the bank’s mobile application, you only need to enter the card number and the name of the recipient, there are no hidden fees for transfers, Uzcard notes.

Cross-border transfers from Russian Mir cards to Uzcard cards have been suspended since February this year. Currently, Uzcard is preparing step-by-step instructions for making transfers, as well as a list of banks participating in the Mir payment system, through whose mobile applications this operation can already be carried out. Recall that now Mir cards can be used in Turkey, Vietnam, Armenia, South Korea, Uzbekistan, Belarus, Kazakhstan, Kyrgyzstan, Tajikistan, South Ossetia and Abkhazia. Also Russian maps started taking ATMs in Cuba do not rule out introduction of “Mir” cards into its payment system in Azerbaijan as well.