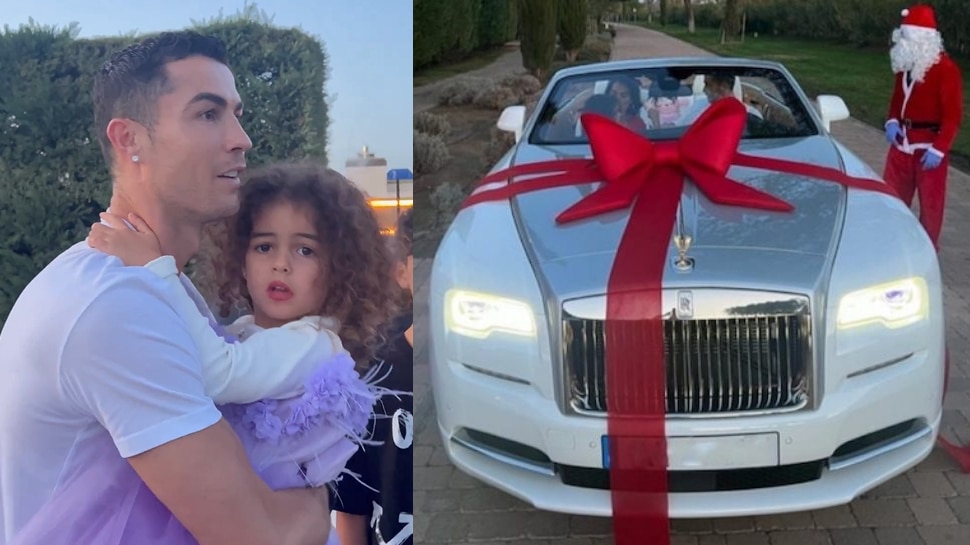 Now Rodriguez shared a video on his Instagram handle, in which Cristiano Ronaldo is surprised to see that his partner has brought a Rolls-Royce car for him. On the other hand, Ronaldo has also thanked his girlfriend for the luxury ride in his Instagram story. Let us tell you that the Dawn is the only convertible car in the Rolls-Royce lineup.

The powerful 4-seater shares its engine with the fastest RR Wraith ever but the engine has been de-tuned for this car. It comes with a 6.6-litre twin-turbo V12 engine, which outputs 563 bhp and 820 Nm. It is capable of achieving 0-100 kmph in just 4.9 seconds. Its top speed is 250 kmph.

Ronaldo has many RR cars

Apart from the don, Ronaldo also owns a Rolls-Royce Cullinan SUV and a Phantom Drophead. Actually, Cristiano Ronaldo is very fond of vehicles. He has more than one luxury and sports car.