Cricketer Suryakumar Yadav bought a Mercedes SUV worth 2.15 crores, know what are the specialties 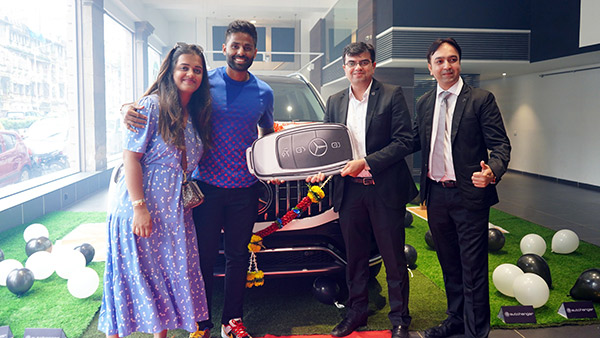 The car seen in the pictures is a Mercedes-Benz GLE Coupe, but it is not clear which variant of this car he has purchased. The GLE Coupe is available in two variants – Mercedes AMG GLE 53 4MATIC and Mercedes AMG GLE 63 S 4MATIC, priced between Rs 1.55 Cr and Rs 2.15 Cr (ex-showroom), respectively.

The Mercedes AMG GLE 63 S 4MATIC Coupe is powered by a 4.0-litre V8 twin-turbo, petrol engine. This engine produces 612 Bhp of power and 850 Nm of torque, which is sent to all four wheels via an AMG Speedshift nine-speed automatic gearbox. The car can accelerate from 0-100 km/h in just 3.8 seconds.

The Mercedes AMG GLE Coupe gets a sloping roof which merges with the tail section at the rear. The GLE Coupe is completely different from the boxy design of the standard GLE. In this, the front of the car has been given a sporty bumper with PanAmericana grille which gives a very luxurious look. 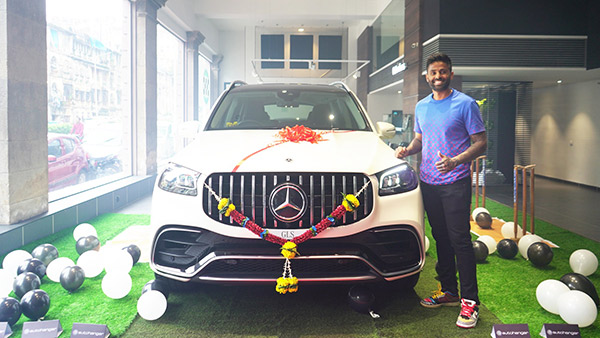 Inside the car, sporty leatherette seats in black and red tones have been given, which apart from being comfortable, also provide a better driving position. To make the car sporty from inside, it has been given a three-spoke sporty steering wheel.

The Mercedes-Benz GLE is one of the most popular SUV cars from the German automaker, especially among celebrities. This SUV is known for its luxury features as well as strong performance.

However, its diesel engine model sells more in India. In diesel engine option, this SUV comes with a 2.1-litre four-cylinder engine. This engine generates power of 204 bhp and peak torque of 500 Nm.