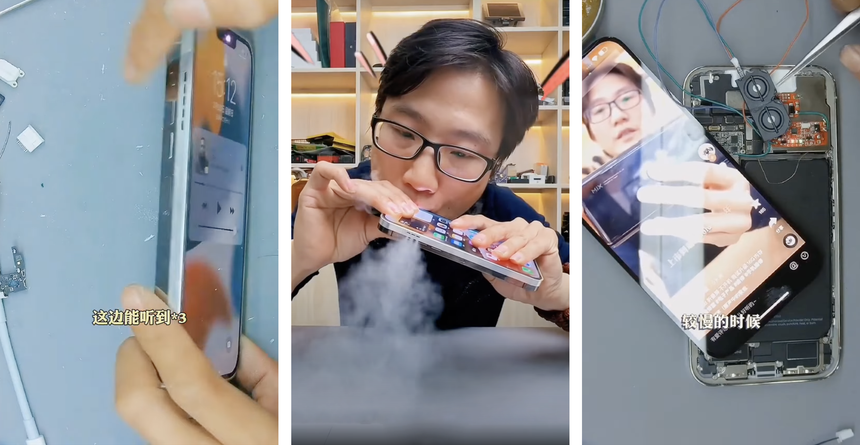 Some time ago, the network “blew up” the first iPhone with a Type-C connector installed instead of Lightning. But an engineer from China, Yang Changshun, decided to go even further in this direction.

He created the most advanced iPhone 13 Pro Max to date. So, for example, he doubled the thickness of the device (adding one more of the same to the original case), thanks to which two batteries were placed in the smartphone at once.

Another feature of the custom iPhone is the appearance of an audio jack, which Apple itself abandoned in the flagship line back in 2017. Among other things, it is worth noting the introduction of an active cooling system and a Type-C connector.

Note that iOS successfully recognized the second battery, as a result of which the smartphone worked without problems in normal mode.