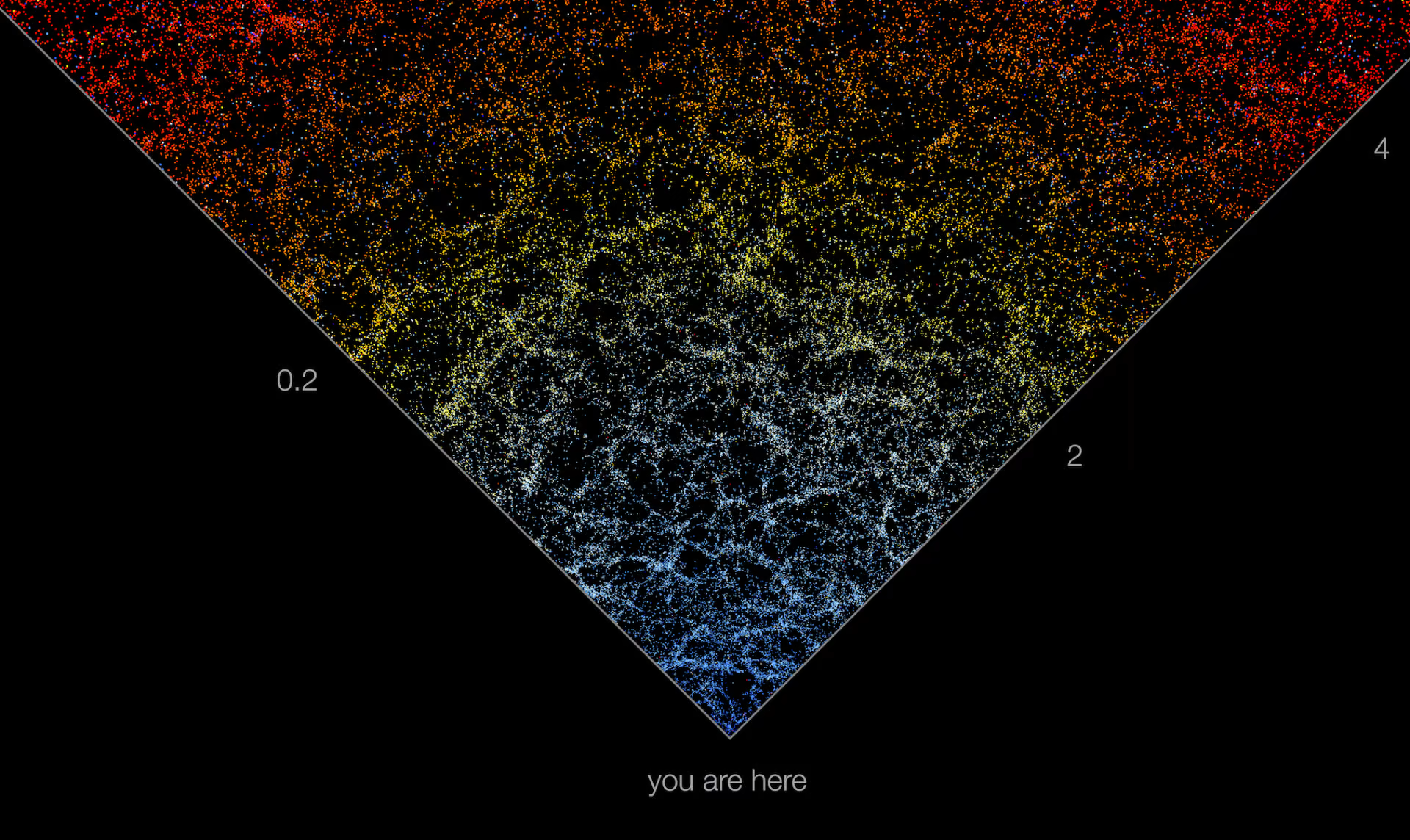 Astronomers at Johns Hopkins University have created interactive map of the universewhich marks the positions and colors of 200,000 galaxies stretching to the very edge of the observable universe.

The Sloan Digital Sky Survey (SDSS) telescope has been scanning the cosmos almost every night for more than 20 years. The telescope maps different parts of the sky over time to create a comprehensive atlas at different scales, including 4 million stars in our Milky Way, galaxies in our Local Group, and others billions of light years away.

Two Johns Hopkins astronomers, Brice Menard and Nikita Shtarkman, have collected SDSS data to create a dense visualization of the single wedge of the universe. At the bottom of this “cosmic pizza slice” are we. From there, the map diverges in space and time, from the present to 13.7 billion light-years away. And it’s just a 10-degree wedge, which itself is only a small part of a giant sphere.

The map contains 200,000 tiny dots, each representing an entire galaxy containing billions of stars, planets and other objects. The colors of these dots indicate the identity and characteristics of the galaxies. Pale blue dots are spiral galaxies located within 2 billion light-years of Earth. Then the dots begin to turn yellow, as the map is dominated by elliptical galaxies – they are brighter and can be seen from afar.

At a distance of 4 to 8 billion light years, the map turns red. They are still elliptical galaxies, but their light waves are “redshifted or stretched towards the red end of the spectrum due to the expansion of the Universe. After that, the map turns blue again – these are quasars, galaxies with very active supermassive black holes in the center, emitting blue light.

Closer to the wider part of the map, the dots turn red again, as redshifted quasars become practically the only thing still visible at such a huge distance. And then, after a billion light-years of near-total darkness, we reach the edge of the observable universe. Although technically there is more of the universe beyond this boundary, we cannot see it because there has not been enough time for light from such a distant place to reach us.

With this map, the team set out to create a visualization of the cosmos that non-scientists can read, understand, and appreciate.