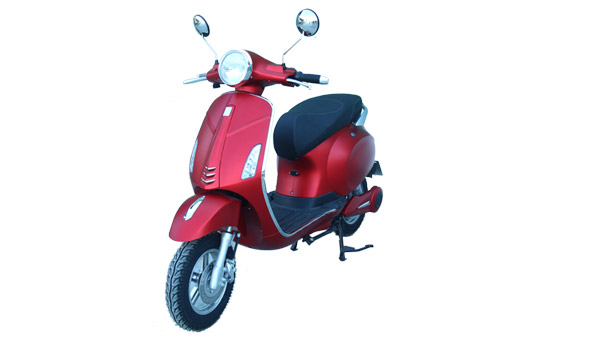 According to the information given on the company’s website, Snow Plus is the new version of the company’s best selling scooter Snow. The scooter comes with features like digital speedometer with central locking, USB charging for mobile, anti-theft, geo tagging and GPS navigation.

This electric scooter is available in Super White, Classic Grey, Sunshine Yellow and Fleury Red colours. At the time of launch, Mayank Jain, Co-Founder and Director, Crayon Motors said that this scooter can prove to be a better option for those people who have to travel within the city for some work. Jain says that this scooter will provide customers with a cheap travel experience.

Electric scooter maker Crayon Motors is gearing up to launch a high-speed electric bike next year. Crayon Motors will introduce two new high-speed models by the end of this month. The low-speed e-scooter Snow Plus is available across 100+ retail outlets of the company in Delhi, Uttar Pradesh, Uttarakhand, Rajasthan, Gujarat and Bihar.

The government has increased the incentive amount for electric two wheelers from Rs 10,000 to Rs 15,000 per kWh. Also, the incentive limit has been increased from 20% to 40% of the vehicle cost. According to the Union Budget, the total expenditure of the central government under the FAME policy has been fixed at Rs 4,671 crore between the financial years 2019 to 2023.

Under the FAME-II scheme, about 2,00,000 vehicles have been given the benefit of subsidy. In the last three financial years, a total subsidy of Rs 900 crore has been availed for electric two wheelers and three wheelers.