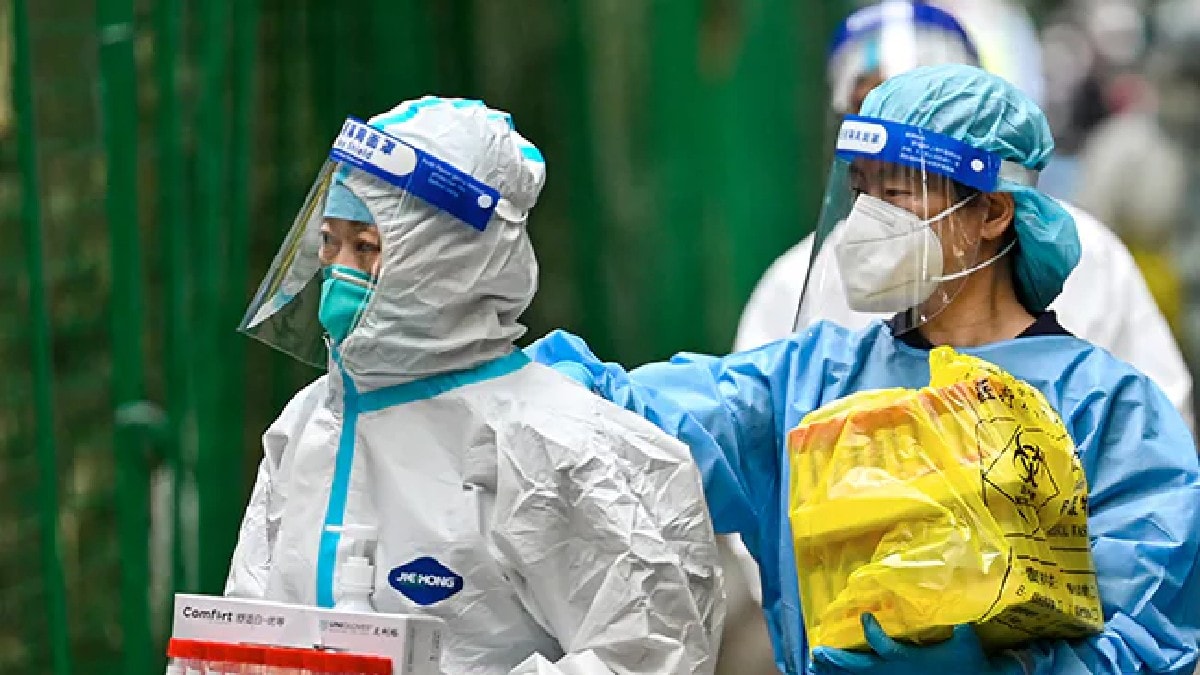 India’s neighboring country China (China) has created a furore due to Kovid. According to media reports, the arrangements in the hospitals have completely collapsed. Thousands of people are losing their lives. The number of deaths is estimated to reach in lakhs. Experts claim that in the next 90 days, 60 percent of China’s population and 10 percent of the world’s population may get corona infected. A tweet by epidemiologist Eric Feigl-Ding is being widely shared on social media amidst the deteriorating situation in China.

This is the situation in China when this country under the leadership of Xi-Jinping follows the ‘Zero-Covid Policy’. Lockdown is imposed in the cities when there is a slight increase in the cases of Corona. As per media reports, the current outbreak of COVID in China started on 27 October. Global Times gave information about this on 10 November. The Chinese government further tightened the rules, but the cases kept on increasing and now the situation is out of control.

The name of the variant of Kovid which is wreaking havoc in China BF.7 It is told. It is a subvariant of BA.5, one of the most widely spread subvariants of Omicron.

epidemiologist Eric Feigel-Ding in his series of tweets I have used the term THERMONUCLEAR BAD. This means that the systems of hospitals in China have completely collapsed. In the next 90 days, 60 percent of China and 10 percent of the world’s population are likely to be infected. There could be several lakh deaths and this is just the beginning. In his tweets, Eric talks about the COVID situation in China, the unprecedented increase in funerals, and the overcrowding at mortuaries. He has told that the situation is being hidden. The number of deaths is being underreported.

⚠️THERMONUCLEAR BAD—Hospitals completely overwhelmed in China ever since restrictions dropped. Epidemiologist estimate >60% of 🇨🇳 & 10% of Earth’s population likely infected over next 90 days. Deaths likely in the millions—plural. This is just the start—🧵pic.twitter.com/VAEvF0ALg9

Eric Feigel-Ding has written in one of his tweets. Many people did not believe my words even in January 2020 when I tried to warn that the ‘novel coronavirus’ is a pandemic the world has not seen since 1918. He has said that Kovid is not over yet.

A model based on Washington University estimates says that the death toll from Covid in China will exceed 5 lakh by April. There is a possibility of up to 16 lakh deaths by the end of 2023.