Corona furore in China! The doctor fell while seeing the patient in the hospital, watch the video 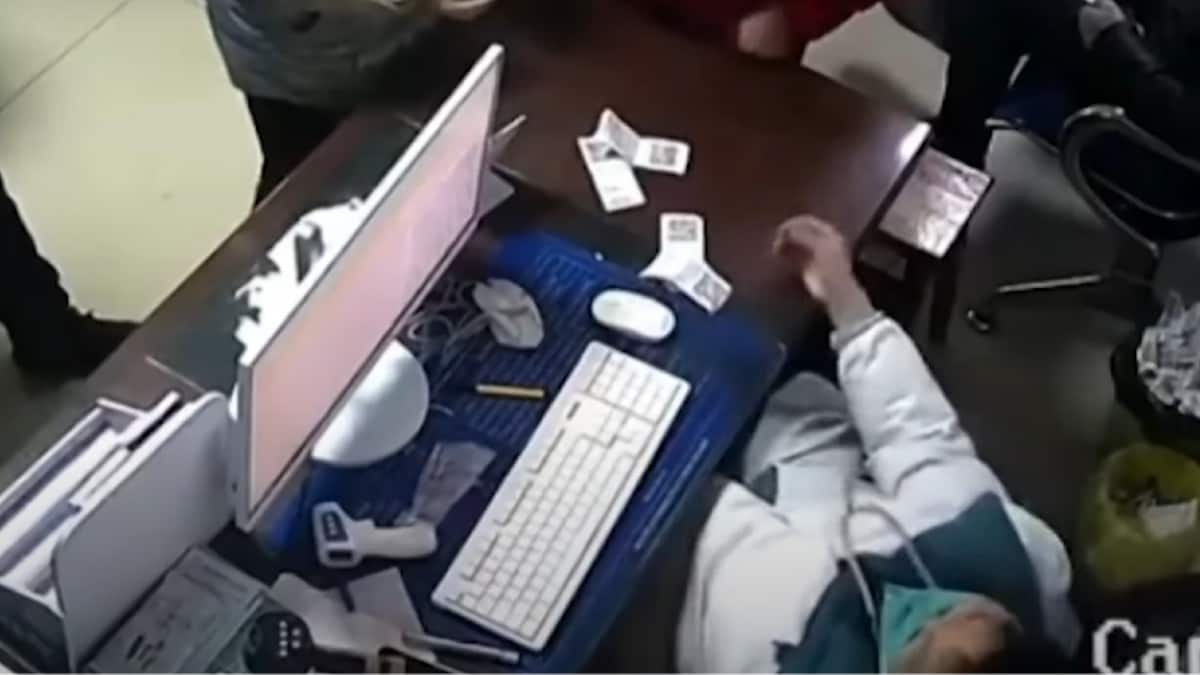 There is an uproar due to Corona in China (Covid Cases in China). The new variant named BF.7 has spoiled the situation in the neighboring country of India. Thousands of deaths are happening everyday. There are long lines of relatives of the dead at the mortuaries. Hospitals are packed and the arrangements there are completely overcrowded. The news coming from China has shocked the whole world. Worried. The videos coming from the hospitals there are frightening. One such video has been shared on social media, in which it can be seen that a doctor was so tired due to the workload that he fell on his chair.

Experts claim that in the next 90 days, 60 percent of China’s population and 10 percent of the world’s population may get corona infected. Epidemiologist Eric Feigel-Ding has used the term THERMONUCLEAR BAD in one of his tweets. This means that the systems of hospitals in China have completely collapsed. The video going viral is the hallmark of this.

This video has been shared by ‘The Telegraph’. It can be seen in the video that a doctor in the hospital is seeing patients one after the other. Then suddenly he falls on his chair. Other doctors have to come forward to help that doctor. Information about the health of the doctor has not been received, but it is definitely known that the hospitals in China are overloaded with patients and the arrangements there have completely collapsed. This incident is being reported from last week, which means that it has been several days since the outcry from Corona in China.

According to reports, China, which is misleading the world, does not want to let the whole truth come out this time too. There the figures of deaths are being hidden. A model based on Washington University estimates says that the death toll from Covid in China will exceed 5 lakh by April. There is a possibility of up to 16 lakh deaths by the end of 2023.