Connected Cars and Their Internet Requirements: Is There a Need for Faster and More Secure Internet Technology? 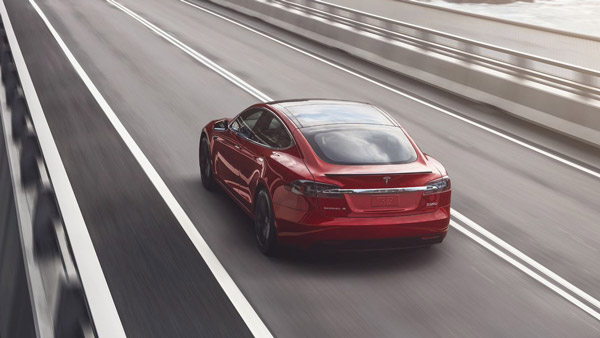 Step into the higher echelons of the automobile industry and you will now find that vehicles are satellite connected and capable of communicating automatically in an emergency. Cars are connected to call centers and so on and this technology is now slowly filtering down to entry level cars as well.

This is a phenomenon that is already visible in the Indian market. Even though India is a market that has recently started with its electrification process, the number of new EVs with connected features like over-the-air updates is staggering. All premium electric scooters in India are claimed to have this feature.

Several manufacturers are working on technology that will allow their cars to communicate with each other to deliver important information about traffic scenarios and even in case of an accident. Apart from these there are also autonomous vehicles. It is now difficult to calculate the number of brands working on autonomous technology.

Little is known about the kind of Internet network that would be needed to support this change. We spoke to Sudhir Kunder, Director, DE-CIX India, to learn more about the back-end Internet support required for connected technology and how Internet providers will handle it.

DE-CIX is one of the largest Internet exchanges in the world. Its Internet Exchange Point (IXP), located in Frankfurt, Germany, is the largest single exchange point in the world. So let us tell you some excerpts from the conversation with him.

Interconnectivity by definition is the linking of multiple entities, physical and digital, to facilitate some form of communication. The same is true for connected cars, be it vehicle to vehicle, vehicle to cloud or internally connected vehicle systems to communicate seamlessly.

This could be to prevent accidents to traffic, to calculate the ETA for a user destination, to start your air conditioning or heating system 5 minutes before you get home, or simply to tell you about an unlocked door. I may have to inform. Interconnectivity is the mechanism to free users from making complex decisions involving many parameters that would be missed by the human mind.

How will interconnected cars make a difference in the Indian landscape?

Connected cars are already driving a lot of change and will continue to do so with the advancements to come. Most internet-enabled cars in India rely on Google’s Android or Apple iOS to provide internet-related functionality. Dependence on third-party services leads to uncertainty and often latency and inconvenience to the end-user.

We’re thrilled with the health analysis of a smartwatch, imagine a car seat can give analysis to the human body with significantly more touchpoints. We are thrilled with the stolen car tracking feature that most people in India install as an addon. Every car should have this feature. A connected car will make all the difference and more.

DE-CIX is an internet exchange. How does this help the connected car?

Car-to-environment communication is the car sensor, which communicates with surrounding entities, whether it is other sensors on roads, intersections or signals, or simply detecting another vehicle that is far beyond a safe distance. This 30% of the data is real-time and is critical for essential tasks.

This data requires the best connectivity between the source of the application and the car. An Internet exchange is important here because Internet exchange facilitates the lowest latency possible by providing a direct connection between outbound networks, i.e. the network itself provides traffic to the user which in this case would be the car, eliminating dependence on other entities. .

Imagine the repercussions of all this critical data when it comes to something like a managing director on traffic control or a team call, or a merchant trying to make an important transaction while stuck in traffic, having to travel to an additional node. Is. It is only an internet exchange like DE-CIX that can mitigate these contingencies.

Is it possible to convert all cars into connected vehicles in India? If yes, what are the challenges?

There are already many temporary customizations available in the market, so yes any car can be loaded with the desired feature. However from a cost and performance perspective, it is in the best interest of manufacturers and consumers to look for integrated connected cars or internet cars. This not only assures better quality but also lower cost in the long run as it has eliminated compatibility and technical support problems.

Could connected cars be an issue with respect to privacy and security? If not, how?

These two words shake big companies. This is a very real problem and it has more than one form. First, driver identities can be stolen, terrorist activities with self-driving cars are a concern and, of course, traditional threats always remain.

However, here along with the benefits of a direct connection, a DE-CIX-like Internet exchange is already mitigating the risk of data travel to unwanted areas. By reducing the number of nodes we have already reduced the chances of unwanted entities being exposed to this data. In addition, DE-CIX gives companies the option to create closed networks only for trusted entities that are more secure.

How soon do you see connected and interconnected cars becoming more common?

Connected cars are already common, and they will only get more interesting over time.

Manufacturers are emphasizing the development of connected cars and all related technologies. At the same time, the internet speed and connectivity required for this to support the growth in connected vehicles also need to be increased. As mentioned here, Internet exchanges are the way forward.